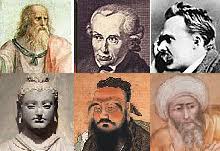 Stoicism is of Western philosophy where Zen is of Eastern philosophy, both philosophies are of a simular teaching, an indifference to pleasure or pain. All this means is that there is no desire of pain or pleasure, especially of pleasure in counteraction to pain for there is no balance created in such reactions. Yes, from imbalances a reality based on imbalances can be created where pleasure is intensely desired and often vigorously sought. This reminds me of the and the present Westernised Empire, where pleasure is vigorously sought and desired over all else.

Basically, philosophies of Stoicism are limited to a reasoning process; this at no time makes philosophies like stoicism irrelevant. As what is taught through the teachings of stoicism, it is a teaching of an indifference to pleasure or pain, where pain or pleasure is not sought but simply occurs. In truth, teachings like Zen and Stoicism condition us to lesson the influence of pain thus often giving us more pleasure in any circumstance. At no time is pain or pleasure sought within these teachings, but most often pleasure can be the outcome of these teachings. Simply, it is what it is, no more, no less.

https://medium.com/@AlextheYounger/stoic-zen-10-crucial-life-lessons-from-ancient-eastern-and-western-philosophy-401d4f2ac646
Extract: Alan Watts has an interesting take on an old, provoking thought-experiment: he asks you to imagine if you could ask God any question. You may ask, “what is the meaning of life?” God would simply reply, “the question makes no sense, you are asking what is the meaning of meaning. It is only you that can create meaning in this world.”
Disappointed in this answer, you may question further, “what is the question I should ask then?” Presumably, God would smile, and answer, “Ah, so you do want a problem?”
The simple fact of the matter is that nothing is out of place. It is simply human nature to create problems to solve.
Problems and dilemmas are pain creating, this is why we ask questions that are related to pain and don't ask questions that are not related to pain. Considering that human consciousness is conditioned to suffering pain, no wander we ask such questions when the answer is obvious to a person not conditioned to pain.
Don't get me wrong here, most often we will learn to deal with pain when in pain, pain is simply part of the process of not being in pain, but only if we learn to deal with pain instead of suffering or having a desire to escape from pain. To desire to escape from pain is a creation of pain for pain has created such desires, try to remember this. What human consciousness is conditioned to, is to suffer from pain instead of dealing with pain. However, imagine if the allied forces in World War two ran away from the pain of the axis forces instead of dealing with this pain, far more pain would have been inflicted or suffered. Of cause what created this pain to begin with was the conditioning to pain, otherwise Hitler would have stopped at the pleasure he gave to his fellow countrymen.
In dealing with pain, at no time expect or desire not to be in pain, as the philosophy of Zen and Stoicism teach, an indifference to pleasure or pain, where desire has no place, even of the desire of pleasure over pain. You must be careful here though, that you don't seek or desire pain over pleasure, pain will naturally come when a lesson needs to be learnt as of our present reality. Yes, I have observed this myself, where people seek (desire) pain to learn from, avoid seeking pain for this reason as Buddha discovered.
Yes, we will suffer pain of a lost one or of being abused, what is the lesson to be learnt in this?
In the case of a lost one, to learn to live on after such a loss, even to a greater extent without feeling guilty of doing so; to learn that your life goes on and so does theirs. I often live for them as well which makes life more fulfilling for me.
As of abuse or neglect, don't try to escape this pain or desire or expect not to be in pain. The desire to feel pleasure again gives the pain more credence, more power and control over you. It is what it is and move on from this. I know of a person who was raped in their own house, every little noise in the house now utterly terrifies them. You must learn to have an indifference to pain as well as pleasure, anything else is an imbalance and of all imbalances, pain is created. Become aware that all imbalances create circumstances of the abuse of energy as a whole. To deny yourself the freedom from pain and pleasure is an abuse of energy caused by an imbalance.
In pain, I don't desire or expect pleasure but I also don't desire or expect to suffer from pain either. There is a neutral ground that can be created under any circumstance, where energy is influenced in harmony with. I could not think of anything more beautiful, accepting, of unconditional love and of oneness than this neutral ground.

Posted by Mathew Naismith at 10:07 No comments: