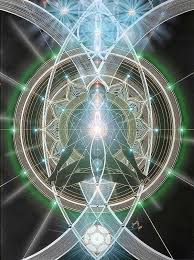 All that truly exists is an unlimited state; anything else from this is an illusion. A perception of a state of being limited.....Mathew G

A state of limited potential and perception simply doesn't exist. While one being, one entity or one energy source is expressing motion, especially to extremes, a state of limitations simply doesn't and can't exist. Even if I was to limit my personal self, consciousness, to certain states void of the ego, motion period, I am still not in a limited state while any other kind of motion is being expressed in and through anything else. Yes, extremes motion also has it's place within an unlimited state, anything else would be limiting.

Consider this, energy itself is unlimited within it's expressions, within it's motion, this means it's also unlimited to what form it takes. Energy itself is infinite in nature, it's not finite. You can't destroy energy, as science has proven, yes, you can transform the form energy takes but you can't destroy the energy that creates form and existence as a whole. I look at it this way, energy is the spirit within all things, it's the life force of all things, of all motion, without this spirit, without energy, all things become limited. Of course this is impossible as there is no such thing as a limited state.

However, we can indeed enter into states of consciousness or non-consciousness where there is a perception of a state of limitations. Within this state, motion seems to not exist therefore energy; it's a state where the spirit within all things simply doesn't exist. Yes, this state also exists because this is how unlimited we are as a whole, there are simply no boundaries, no limitations even within a limited state.

So often I get people stating they are not expressive of the ego or judgment, while at the same time egotism and judgment is expressed to an extreme through certain kinds of other energy sources. If motion is being expressed in any sense from any kind of source, we are ourselves of that motional expression, everything is. Actually, a state void of ego and motion period is as limited as a state can be, also, being expressive of motion to any extreme is limiting. A good example of this is materialism, wealth and power overriding all other motions especially by force and control. Once a motion, an energy source, loses balance between one in favour of the other, a reality of limited potential exists, this of course inturn creates a reality of limitations. Sounds awfully familiar!!

Any energy or non-energy source that is limited in nature will of course be destructive in nature; this includes the so-called ultimate state where there is no ego or motion period. This state is obvious within it's destructiveness to motion period because motion period is unable to exist in this state. We might not think this motionless state isn't destructive when within this state motion is simply non-existent. How many people are trying to say we are only truly of this motionless ultimate state, while within a state of extreme motions? This state is simply destructive in nature to motion even within states of motion by refuting that we are unlimited to all potential, to motion and motionlessness, not just to one potentiality of motionlessness.

This is why I personally love the perception of God, as opposed to a God of man which is limiting and not infinite in nature. The perception of God represents everything without bias or prejudice, within this, there is simply no exclusions based on a particle perception or ideology/philosophy stating we are limited to a certain states of existence. There are simply no limitations to existence or our truer being; it simply doesn't exist as no state of limitations do. Yes, states of limited potential do exist but not really, not when we consider the whole of things, of course to realise this, one must go way outside our own present reality based on it's own limitations. As a whole, states of limitations need to also exist for there to be truly no limitations.

So what does all this mean?

Extremes of any kind are destructive in nature, either it be of motion being destructive to motionless or visa-versa, it's just simply destructive because it's a state that is limited and imbalanced with the rest of what it is. This is why people like me often mention about moderation and balance within all things without any exclusion through bias or prejudice.

Yes, expressing the ego in moderation, expressing motion period in moderation, is actually more spiritual that not tying to be expressive of motion period. The reason for this simply lies within it's own limitedness, also, at no time is anyone just of one state and not of others, this is an impossibility because these limitations simply don't exist overall but they do exist within their own limitations. This is a true state on unlimited potentiality.

Adding Fuel to the Fire 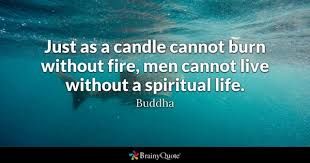 So how are imbalances not seen as something faulty or negative?

What occurs when we oppose a reality, are we like the bending tree or the tree that opposes or is in conflict with the wind?

Yes, a strong wind can create a lot more chaos than the strong wind represents in the first place if it meets other opposing forces of energy, our chaotic reality is no different.

So we oppose this chaotic reality by judging it faulty/negative, this is of course in relation to ourselves who we have deemed positive. In this case the positive becomes an opposing force to judged negatives such as imbalances and what realities imbalances create. The tree is no longer bending with the wind and is noticeably opposing the wind thus creating even more chaos, not less.

Supplement: In my younger days, I had a particular experience with a number of entities that fed on fear, all I did is to not be in opposition to them, in effect disallowing the energy they sought to feed off of. I was neither negative nor positive and this is the real trick, I simply stopped feeding their fire by neither being in opposition nor surrendering to their energy.
Posted by Mathew Naismith at 09:02 No comments: 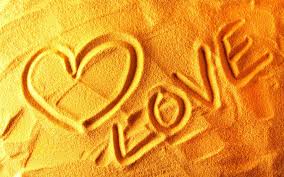 When we presume and perceive that divine consciousness is love and that love is above all else, is this not an expression of an extreme. It's very human to desire the opposite of what one is existing in, especially if one is not physiologically happy with their present environment.

Consider this, is not saying that divine consciousness is primarily of love not stating an absolute? If we took away all the love and hate within the world, all we would be left with is bliss, the reason for this lies within these extreme expressions. There is no true sense of balance within extreme expressions, in one trying to over power the other all the times, a true sense of balance simply can't exist within such an existence.

So why do we perceive that divine consciousness is only of an extreme such as love?

It is natural when a state of true balance exists bliss and love are present, however, when a state of imbalance exists, chaos and hate are present and naturally so. So is divine conciseness (spirit) primarily of and expressive of love or balance?  If the spirit within all things was of an extreme, everything would also express and be of extremes but there simply not.

So if everything of the spirit within all things is balance, why isn't everything of balance?  Where you have yin and yang, is where you have balance but you also have imbalance, it's simply a natural law of existence as a whole.

As of many Eastern teachings teach, balance/moderation is the key, not love.

“Simplicity, patience, compassion.
These three are your greatest treasures.
Simple in actions and thoughts, you return to the source of being.
Patient with both friends and enemies,
you accord with the way things are.
Compassionate toward yourself,
you reconcile all beings in the world.”
― Lao Tzu, Tao Te Ching

“Your hand opens and closes, opens and closes. If it were always a fist or always stretched open, you would be paralysed. Your deepest presence is in every small contracting and expanding, the two as beautifully balanced and coordinated as birds' wings.”
― Jalaluddin Rumi, The Essential Rumi

You can be still and still moving. Content even in your discontent.

Posted by Mathew Naismith at 18:08 No comments: