Being Within Our Own Space 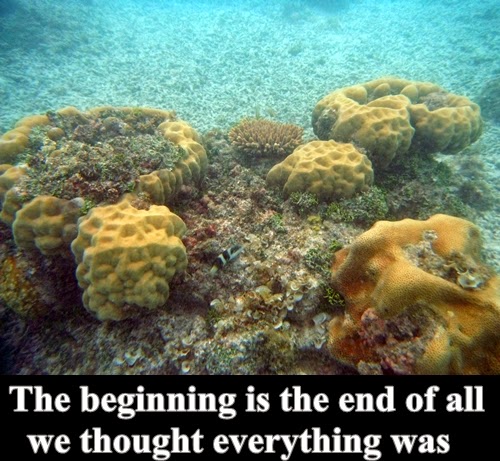 I think this is important to bring forth, it’s important not to judge another religions, other spiritual practices and concepts and any other ideology as being unworthy especially in relation to our own, who are we to truly judge such things?

Each person has their own path and their own space even though we are on the same journey, what seems to be causing conflicts is other people judging other ideologies as being inferior to their own. This at times can induce us to become extremist within our own ideology; this can in turn induce us to force our own ideologies (space) onto others especially when we see our own ideological concepts as being the be and end all, the absolute truth and most worthy above all else. Doesn’t this these days sound familiar??

An extremist will read into an ideology what they want it to read, not what is actually written. They will also extract certain concepts out of such ideologies and discard or disregard the rest; this of course changes the true meaning of such ideologies.

When you look at this, you can see that new age spirituality has taken various concepts from other ideologies to produce their own personal ideology, is this also of extremism?   If we are using the concepts out of other ideologies and discarding the rest, are we being extreme within this action?

It’s an extreme action to take certain concepts out of cetin ideologies but it’s not of extremism, the reason for this is we are not trying, or shouldn’t be trying, to force our own space onto others, yes they give other people the idea of their own concepts but in most these people don’t force their own concepts (space) onto others.

Wouldn’t it be nice if all ideologies worked like this, keep within your own space without infringing on other people space unless these people are accepting of such ideologies. Personally I love being influenced by other people’s space (ideologies), not just because they make me more personally aware but more collectively aware as well.

What goes against making me more aware is extremism; anyone with a fixated ideology only wants you to be aware of their ideology while discarding all the rest, how aware will this then make us?  We would once again be living in ignorance instead of awareness and we know how destructive ignorance can be.

I haven’t exactly become attached to my own space but I do have a close bond with it, it is who I am which to me is important to me to be aware of, I am my path. People of extremisms are also of their path for they chose to be influenced by fixated ideologies, they also chose to influence other people’s paths, this is their path, is it truly any less worthy than my own?  All we need to do is stick to our own path and have our own space as much as possible and try not to judge other people’s path too unworthy in the meantime.

Become your space…….
Posted by Mathew Naismith at 11:09 No comments: