Are We Victims of Circumstance? 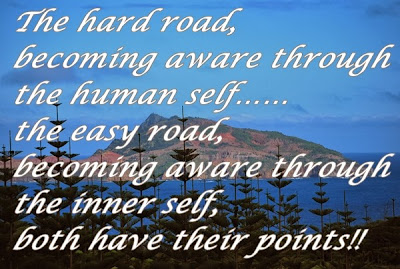 I’m trying to take a break from writing but this keeps coming up, victims & victims of circumstance.  I think it’s a good idea, if you are interested, to read what is in the link below first up.

I thought this was an interesting little article on victims of circumstance, eye opening & simple to understand. It is interesting how as soon as we cast blame on ourselves or others we become the victim so what has this got to do with spirituality? Everything, once we cast blame we are being controlled by the ego & we know what that does to someone trying to become truly spiritually aware, it can lead us in all directions when we are trying to find direction.

We are all victims of circumstance because we are all of an ongoing society built upon a controlling ego over many centuries of seeing ourselves & others being  perpetrators of unbecoming behaviour or the victims, we are all victims of circumstance so how can we cast blame? Seeing ourselves just as a victim as opposed to a victim of circumstances we cast blame because our ego sees itself no longer in control & the ego needs control to exist. Blame gives the ego more control because it’s someone else’s fault not ours & certainly not nobody’s fault because this denotes an uncontrollable situation. The ego is all about control so in one way or another it will become quite delusionary at times thinking it still has control when blame can be cast.  Spirituality isn’t about taking control but releasing it & within this action, once fully accomplished, one finds one never needed to take control in the first place.

To a spiritually aware person it is fundamental for them to be aware of the characteristics of the controlling factors of the ego one way or the other, yes we can go within our own quietness however how does this help those who can’t. Being able to go within one’s own quietness allows one to sort of over step actually having the need at the human level of becoming aware of the ego, this awareness automatically comes with one’s own quietness however not everyone is able to do this so for these people it’s a must to become aware at the human level of these ego characteristics.  Victims of circumstance, once explained properly, can help in this process, it has in fact helped numerous people, I should hopefully know as I worked in the welfare arena for a time which taught me a lot. Actually because I was spiritually aware before entering into this kind of work it helped me a great deal with my tasks in the welfare arena so each enhanced the other ability in unison.
Posted by Mathew Naismith at 10:28 No comments: