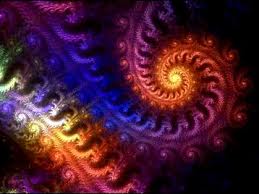 Reconditioning ourselves has to do with reprogramming our mind to think and reason more constructively, this is from an obvious destructive mentality that is conditioned to think only in a certain way. This is not easy to do for a lot of people, it basically takes one to stop judging what is and isn’t worthy, this might sound easy to do but it’s not, mainly because of the way our minds are conditioned from birth to think.

Take away this conditioning of judging what is and isn’t worthy, would we be able to even think of going to war? I don’t think so, war, or any conflict, takes a certain kind of conditioning, a conditioning that there is a worthy and an unworthy. It’s really becomes difficult for us to think any differently, there can’t be any other way to exist because we are now unaware of any other way to think but what is and isn’t worthy or unworthy. We have forgotten what it was like not to judge like this from childhood through such conditioning, or probably more precisely in certain circumstances, brain washed to only think in a certain way, religious fanaticism is a prime example of this today.

It’s funny to think we would be unable to think of conflicting between each other, in any sense, if we weren’t conditioned to judge in this way, this is why it’s so difficult for us to imagine thinking any different, we just can’t comprehend any other way to think than the way we have been conditioned too.

It’s worth being aware of the way we judge is a conditioning, when we become aware of this, we become aware of how we judge, either it be judging a worthy and an unworthy or abstaining from such judgment all together. The reconditioning process takes us to become aware of how we are conditioned to judge and then act upon this. It’s a good practice to go into, what you deem as an unbecoming environment, and practice in observing without judging an unworthy, the more you do this the more reconditioned your thinking process becomes.

You might think this reconditioning process is like brainwashing, like any other conditioning, but it’s not, this is wholly due to the fact all we are doing is turning back the clock, so to speak, to the time of our childhood to when we weren’t conditioned to think in certain ways. You can even turn back the clock to when you were existing in a reality that had no conditioning like judging a worthy or unworthy, and yes, I do believe these realities exist and that many of us, at the soul level, have experienced such realities.