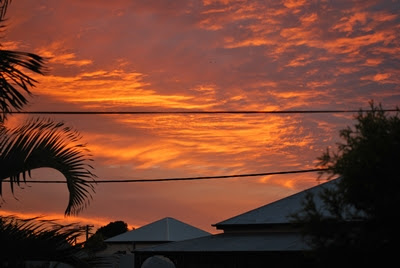 Intent: We tend to think to have thought we need a brain or to be aware of anything outside of human thought we need to stop thinking which is correct to a certain point as it would seem our minds & associated thought processes are complex however they are only complex within our conscious understanding. What this means is we need to break down anything that is of consciousness into separate parts, remembering everything is of consciousness, to understand mindfully how everything works together at one given time. This is saying how one vibration works with a slightly different vibration as every vibration has some sort of an effect on other vibrations around it like in how one persona reacts in the company of an opposing persona; this is called a personality conflict.

Any thought process takes intent as intent refers to a goal or focus, thought can’t occur without intent so the big question here is did it not take intent to create ourselves & our universe? If it wasn’t intended it wouldn’t have occurred. Let’s ask another question, how do spirits/ghosts interact with us with intent without a brain to think by? To think one doesn’t need a physical brain to do so which to a human would seem impossible to do. If we also take into consideration in how other forms of energy interact with intent towards each other how do they do this without a physical brain, we humans put too much emphasis on the physical brain or anything else that is physical & in actual fact if we looked at the whole of existence physical being as we know it is very minimal, it plays very small part in the whole existence of things. So what I am saying here is thought isn’t just of physical brains but of consciousness itself is in its varied forms.

To create anything takes intent like creating a child or building a house it all takes an intended idea to create such things, in other word planning & thought but consciousness isn’t thought? Ah but it is it’s just different to our way of thinking for the main reason consciousness itself is all aware & knowing however on the other hand humans are only knowing & aware of what our brains can decipher which gives us our limited conscious awareness.  When one isn’t aware & knowing of everything it is limited by its understanding & because of this misunderstanding it seems more complex which it isn’t it’s just more confused this is where calming our own thought processes come into it. By meditating we are slowing down this thought process to be able to acknowledge anything outside of our limited thought processes however as I have stated in previous posts we don’t stop thinking altogether just differently as science experiments have proven.

So what I am saying is consciousness itself thinks but because it is all knowing & aware unlike humans it’s not confused or has a tendency to confuse itself. It took intent to create existence otherwise nothing would exist, saying that there is no thought process outside physical minds or ego doesn’t way up, this is actually saying the creative consciousness (God) doesn’t think therefore didn’t have any intent to create, what are we? It’s like saying we can’t prove the creative consciousness (God) exists however if we looked in the mirror there would be your proof. 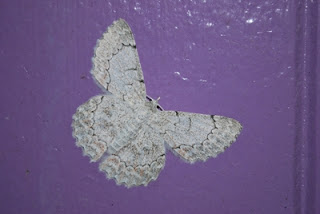 A Softer Way of Thinking: How would anyone remember if they were not thinking in a certain conscious state because to remember if one wasn’t thinking or not one wouldn’t know if they were thinking? The act of remembering is a sign of thought because to remember one would have to have thought to remember how one wasn’t thinking, in actual fact it is impossible to know if one wasn’t thinking at any given time & in any kind of conscious state, it feels as if were not thinking but all we are doing is using a different method in the way we think which I call soft thinking. When we connect with our inner self we are then entering into a different way of thinking even through meditation. This newly found thought process for us is the thought of consciousness itself which is unlike how we humans think which is limited by our conscious understanding, consciousness itself doesn’t have that limitation that is why it’s a different thought process altogether from human thinking.

It’s funny, once we find a more peaceful way of thinking we don’t think we are thinking as it doesn’t seem to have the complexities & confusion as human thinking does, all we are doing when we think more peacefully is thinking differently that is all as anything that has been created was created from intent & intent refers to a thought process all be it somewhat different to human thinking. Once one knows all & is all aware the thought process takes very little thought & this is where we get isness from as it just is without putting a label on it as labels just denote confusion & a harder way of thinking.

To just sit there in mindful quietness one will think they are not thinking because it seems to take very little effort to become aware however this type of awareness denotes a thinking process dissimilar to the human way of thinking but it’s still thinking just in a different way to what we are used too. This brings to mind how many people have said to me about studying or reading up about things like spirituality to become more informed as this is the only way to become aware & knowing but it’s not, we are taught to think harder through life not easier or softer which in my mind is contradictory to what they are trying to do in regards to thinking less. Learning to think softer & more sedately might not feed the ego but it opens up a much broader range of thought & awareness that can only be experienced in learning to think in a softer way. I’ve always intended throughout my life to think more softly & that is exactly what I have done to a certain extent anyway.

So what is soft thinking?  It’s a process in learning through oneself without having to experience this knowing first hand. It’s not really necessary to experience this knowing, just to be in the knowing through one’s inner self is enough but on the other hand to experience one’s knowing is beneficial because you are then seen to experience your knowing not just knowing of your knowing which is important in our present form, this denotes a harder way of thinking.  Any way of knowing through just human knowing is a harder way of thinking however being human we need to use at least one of our five senses for conformation of such knowing that we are so in need of. Once one reconnects themselves you are then connected to a data bank of all knowing that one would want or wish to know & the more connected you are the more knowing & aware one becomes & the easier the thought process is, this is where some people believe we don’t think. During this reconnection process at some point on one will only have to think of a question or query for a brief moment & the answer will appear, this is soft thinking which is connected to a huge non-corrupted data bank of knowledge unlike human knowledge, this data bank is consciousness itself.

To think of not thinking at any time is of thought which is a natural part of consciousness that can’t be avoided nor should it be, no matter what conscious state we are in we live in thought of some kind as it’s this thought process that creates in realities of time & space I believe.
Posted by Mathew Naismith at 11:14 No comments: