Moving Towards the Light 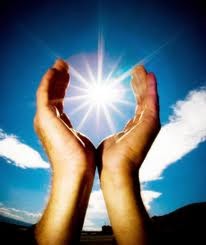 I did something recently I've  never really done before, I felt I needed to focus more so I asked for guidance, I had no fixated intentions, I just felt I needed to ask for assistance to focus more, I should know better!! What happened was I received visions, dreams and actual life experiences which focused on a particular part of life. What came out of all this was I no longer resonated with certain consciousness's, I shouldn't accept in my life what I no longer resonate with.

While becoming spiritually aware, our vibrations naturally and automatically change as well, we find we no longer resonate or even accept certain vibrations within our lives. I feel this is simply to do with awareness and unawareness or ignorance, the more aware we become the less we are attracted to anything pertaining to ignorance. I think this is because ignorance can and does quite automatically create chaos and destruction where's awareness does the opposite for only in ignorance can we destroy. If you no longer feel comfortable being involved in chaos and destruction, avoid it when possible.

Take a person who is becoming a naturalist, the more aware they become of how destructive consumerist materialism is for example on the environment, the less they resonate with such consciousness's, spiritual awareness is no different.

Let's take a look at how spiritual awareness and unawareness (ignorance) as a whole denote.

You will notice a disparity here between the two, isn't awareness about control and doesn't knowledge lead to wisdom and why isn't knowledge also a part of awareness?

I should point out that saying one thing  is ignorant and the other aware is purely based on observations, not judgment especially critical judgment, everything a part of consciousness has it's place, ignorance and awareness are no different. I think it's quite obvious, through simple observation, that ignorance can be quite destructive.

In a Human perspective this works, we are educated to become aware and then hopefully wise after many hours of study and actual life experiences in what we have studied, this allows us to take more control of our lives, this makes perfect sense and yes it does work to one extent or another. Spiritual awareness works quite differently I believe mainly because we are not using spiritual awareness to take control in the first place. The reason I separated knowledge from awareness is knowledge is more to do with control where's spiritual awareness is more to do with releasing control not gaining it.

If you look at what is happening today in the world with extremism, you can see how knowledge is used to take control but only a certain knowledge is used which only takes a certain amount of awareness, extremists are certainly not fully aware of what they are doing. Instead of certain religions using awareness to release control, they have used knowledge to gain control.

Let's look at a wise person, how controlling are they of any situation? They will sit back and maybe give advice allowing the controllers to do their bit, this is due to them not needing to no longer take control. A wise person will be an observer instead of a participator unlike a controller, this is why controlling to me doesn't belong in spiritual practices, this same mistake has been made many times over through various religions in the past, it's a bit silly to me to continually repeat this time and time again.

There is also another word I can add in relation to awareness here, humbleness, so what is the antonym of humbleness? Majestic/proud which is expressive of eroticism, how many egotistical wise people do we know and what does egotism denote?  Egotism is all about control so does control really belong in true spiritual practices?

It seems once we have order we have control, this is purely a human perceptive which is all based on using knowledge to control instead of using awareness to release control. Once you have order, there is nothing to control, so how do we bring order within outlives in the first place?  It's certainly not done through control of any kind even though when we focus, it seems we are using control to focus, what we are actually doing is releasing ourselves from controlling factors around us, this humanly gives us the feeling of power of control when it's all about releasing ourselves from control. Yes it's certainly tricky, we can indeed be fooled.

I would advice anyone who is serious about practicing in true spirituality to find someone who is all about releasing control, not gaining control, through spiritual practices. The following is a good start in my mind, try Goggling, you never know what you will find.

One of the visions I did receive after asking for guidance was to vision yourself while you are thinking about control, you should notice that you are holding something, this can be anything from a lions tail, a rope, something heavy, a person or what ever, now vision yourself stepping back and at the same time visioning yourself letting go of what you have a hold on, do this as many times you like. In a sense this is what we do when we so call die while going into the light, we release ourselves from our attachments, in other words we release ourselves from control.

Posted by Mathew Naismith at 10:03 No comments: