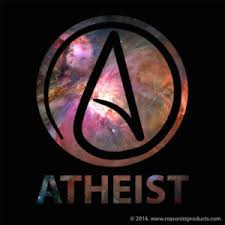 One of my first responses to the question of free thinking within this atheist group was to blatantly assume I was a theist, only because I stated true atheism. It would seem stating that there was a true form of atheism, as opposed to a false form of atheism, was an immediate sign, by the creator of this group, I was a theist. I was subsequently treated as such without any supporting evidence to this claim that I was a theist in any sense of the word. In the end I was also accused of being an internet troll and you guessed it, without any supporting evidence whatsoever. This made perfect sense as I supplied numerous forms of material to support my claims; this obviously did not go down to well. At no time did anyone in this group supply any kind of evidence to support their numerous claims.

Atheists in this group, as I have found in other Western atheist groups, totally denied that atheism was governed by dogmatic doctrines, even after supplying various supporting material to this claim and obvious fact. This was strange because this atheist group boasted it was against any claims that are false. It certainly seems this only referred to any theist claims, not to atheist claims as I found out. Atheists in this group made numerous unfounded claims, even to claim over and over again atheism wasn't of dogmatic doctrines as atheism was only of the disbelief of deities of any kind. Of course it was also stated they were also against any false claims as well!! Again at no point was any supporting evidence supplied to their counterclaims that atheism wasn't of dogmatic doctrines.

Faith also came up in the discussion; the total denial of atheist having any kind of faith was too evident. Even after supplying supporting matterial to the claim even atheist express a form of faith, this was denied over and over again. I even supplied material from a psychology today which clearly stated everyone expresses some form of faith. As of one of the examples I gave, going from (A) to (B) to these atheists is not of faith but of statistics, even though the definition of faith is simply a confidence of getting from one point to another and not of statistics. Once again no supporting material was supplied to support their counterclaims that atheists don't express a form of faith. In the end I was of course removed from participating in this group any further.

Supplying evidence to your claims can indeed create a very volatile response, often a response that is irrational and abusive. You must consider the circumstances you are in when supplying evidence to your claims as this can be taken offensively. Yes, telling the actual truth is often scorned upon in favour of a desired truth in accordance with our own isms and/or ideologies.

Posted by Mathew Naismith at 15:26 No comments: