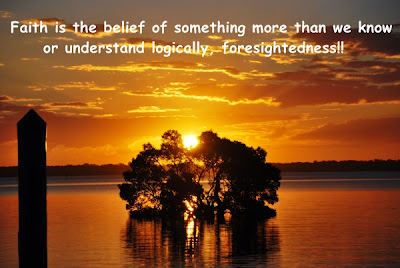 I’ve been having quite an interesting discussion with an atheist lately in how hypocritical atheism can be depending on the dogmatic attitude of some atheists & how it is also of a belief but mostly how flawed the beliefs/concepts/theories or whatever you want to call them are.  Some atheists think if it isn’t of logic it can’t be proved so it can’t have happened or it was a delusion of some kind. Where did logical thinking & science derive from? Faith, mysticism & philosophy, this is the way we were thinking before logic & science thought became thought but we still evolved from living in caves & foraging for food, how did we evolve without logic at first?

Below is part of my reply to an atheist that can’t or won’t see that the beliefs of atheism are flawed & in fact they think they aren’t beliefs at all but if you can’t prove something without a doubt it’s not fact so if it’s not fact it must be of a belief, no one can prove or disprove God doesn’t exist, this is a funny argument coming from a spiritually aware agnostic as myself.

G’day Paul
I experienced from quite a young age phenomena that science can’t logically explain as yet but it doesn’t make it delusional or unreal Paul just because science can’t logically prove something, this is small minded thinking. A thousand yrs ago people knew it was impossible for humans to ever gain flight or that we would ever have motorised vehicles, just because it wasn’t logical back then doesn’t make it illogical period Paul, this is a lame way of thinking Paul & thank God we have foresighted thinkers because if we all thought like atheists back in the cave man days that is exactly where we would still be obviously because nothing could be proven logically back then especially by science there for we wouldn’t have evolve through lack of logical proof. This way of thinking that everything has to be logically proved before implemented Paul is utterly flawed!!

How did we evolve from the caves without logic Paul? It was through faith & eventually science was formed from faith, philosophy & mysticism, now this is fact Paul as this actually happened & without logic.

You obviously haven’t experienced any genuine spiritual phenomena Paul that can’t be explained as yet by science but most of us here have, it doesn’t make us wrong or delusional like you keep trying to say. Just because it’s scientifically illogical doesn’t make it delusional or unreal Paul it just makes it unprovable at this point in time to people who only think logically. Most of us here think outside the logic square which to me denotes foresighted thinking.

If we were all born atheists & had the thinking capability of an atheist back in the cave man days would have we accepted fire? We couldn’t because we had no logical understanding or awareness in how fire existed. I could see an atheist just putting out the fire because there was no logical proof of its existence & this is no different with the existence of God or a creative consciousness. The argument would be of course from an atheist is, “we can see the fire exists but we can’t of a God &/or consciousness”, what are we & of all of creation, we are God &/or consciousness. Just like the fire it exists & just like the fire in the cave man days it still exists without logical proof for the main reason we can neither logically prove nor disprove such things just like fire in the cave man days so yes I can see atheists back then putting out the fire.

All I can say is thank god our ancestors back then didn’t think like some of us do today, we would have never evolved & this is why the beliefs of atheism is flawed, it can’t possibly exist without logic. We didn’t have the logical understanding of such things back then but we did have faith & from faith  mysticism & philosophy evolved & from faith, mysticism & philosophy science was created & evolved so really we have a lot to thank faith for. So the big question here is, since we have evolved from cave man days of faith to logical thinking do we need faith any longer?  Logic gives us one thought perception or mode of thought but faith gives us another which of course proved handy in our evolutional thought process & perception for without faith we obviously wouldn’t have evolved & I don’t think it’s any different today.

The related link is shown below: