The Question of Truth 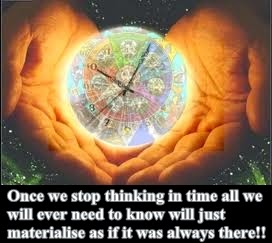 I was in a discussion with someone recently in relation to various subjects; they were talking about absolute truth, the truth above all other truths, they had themselves convinced they knew and conversed absolute truth. Of course being this absolute within ones convictions, it’s impossible to point out any other truths not in agreement with theirs.  The question is, can we know the absolute truth while existing in time?

Awareness also makes us aware that there is a conscious state that isn’t fragmented but whole.  This allows us to use this whole non-fragmented consciousness to make us even more aware.  This occurs because we have entered into a state of non-fragmented truths; it’s a truth that is whole and not fragmented.

In my mind should we be searching for the truth as opposed to just becoming more aware? No, awareness gives us truth; truth only gives us half-truths, in a sense, lies.  It’s amazing how we can convince ourselves of these fragmented truths as being absolute truths in a fragmented consciousness. If we were aware in the first place of existing in a fragments consciousness of fragmented truths, we wouldn’t make this mistake in the first place.

Time is of ignorance because it’s of a fragmented consciousness, only in ignorance can we destroy but in timelessness or the timelessness of God’s consciousness we can’t destroy because we are no longer ignorant and the less ignorant we become the less destructive we will be.  Teaching ourselves to become more constructive has everything to do with becoming more aware and the less in searching we become of the absolute truth within time.
Posted by Mathew Naismith at 09:31 No comments: