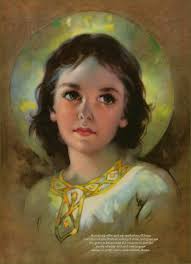 In my dream, I was married with two young daughters, two very beautiful souls that seemed more spiritually connected than myself. The malevolent force was unable to infiltrate the aura of our family to any extent.

In the next part of the dream, numerous people were at our home carrying and placing white and pink flowers around the outside of our house. Some kind of function was being held at our house.

Considering what I have been recently doing, being honest in exposing a certain group, it is a bit of a worry. If the malevolent forces in my dream represent this group in any sense, they are well and truly entrenched in today's collective consciousness.

There was an immaterial malevolent force influencing the father and another person to horribly and terrifyingly abuse the children in my dream. In turn, influencing these two men to also become malevolent therefore abusive materially/physically.

There is a good reason I take my dreams seriously.

It would seem to me that my dream family and the numerous other people depicted latter on in the dream were people of true virtue. It would also seem that I will have to stop trying to help those on the receiving end of this immaterial and material malevolent force, for now. I may have to accept that I may never be able to help these people depicted as abused children in my dream in my life time. Just maybe the children, who were depicted as being my own children, may be the people to do as I am unable to do in this life!!

Posted by Mathew Naismith at 16:50 No comments: