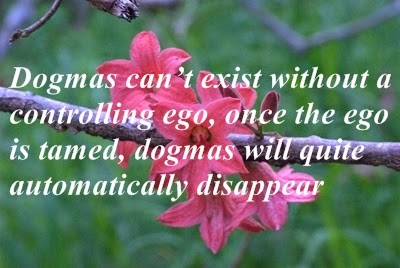 I am also more aware of how the people who use spiritual ideological principles are changing, they are becoming less and less dogmatic mainly, I think, because we are more aware these days of the influences of a controlling ego.  Dogmas can’t exist without a controlling ego; the ego is the only human trait that supports dogmas, once you cease using the controlling ego in one’s everyday life, the dogma becomes non-existent quite automatically.

I’m going to cheat again and use one of my replies to others to explain myself a little more on this subject.

Recently I've been in conversations with other science minded people, not quite like myself however, anyway I realise now how influential dogmas are on ideological principles of any kind. The ideological principals of religions and sciences work, it' when we allow ourselves within these principles to became tainted with dogmas, realising dogmas can't exist without controlling ego, is when life becomes chaotic or more chaotic.

My point is I'm becoming less attached to this kind of conscious reality, I'm still accepting of it but it's losing it's appeal.

Living in a reality that has no dogma influences influencing our ideological principles is becoming more and more appealing every day. I do believe this is a part of this automatic process, I have a view that we will just automatically find ourselves in this new consciousness.
Posted by Mathew Naismith at 10:33 No comments: 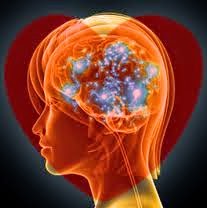 Recently I have been in a discussion with science minded people concerning my last post titled Philosophical Views and the Sciences. The response I got was very typical of anyone arguing on behalf of their own ideological principles they abide by in life, in this case the principles where scientific principles. Science isn’t conductive to dogmas and basically how dare I relate religious mentality with science mentality in this way.  The problem was, the more they argued with me the more dogmatic they sounded which was of course proving my point.

I also showed how corrupt science of today is and how some of these scientists will falsify findings to obtain more funding and prestige.  https://explorable.com/scientific-falsification

I also showed how atheists are just as if not more dogmatic than religious/spiritually aware people.  http://www.psychologytoday.com/blog/unique-everybody-else/201309/dogmatism-and-openness-experience-in-the-non-religious

Like anyone who has an ideological principle that they see is the be and end all, they will defend these principles to the utter end which is exactly what happened, the discussion is still going on.

I thought I would insert one of my responses to a science minded person about the question religion/spirituality doesn’t give evidence so it’s not credible.

You said there is no evidence, what is evidence to theorist is different to what is evidence to a realist, if we relied totally on a realists deduction we wouldn’t get anywhere because all theories at first can’t be proven so a realist would disclaim theories from the start because there is no solid proof that a theory is fact.  A good scientist is a theorist and a realist but that is obviously not the case for a lot of science minded people these days.

In a thousand years’ time do you honestly think the present scientific principles used today built solely on logics is still going to be in use? Most science minded people will dogmatically say most defiantly negating how science has evolved in human history so far from philosophy and mysticism. Modern day science will keep evolving unless dogma take it’s toll on such progression, quantum physics is a good example of this in how it will evolve. Quantum physics borders on a kind of mysticism at times which is why other dogmatic science minded people refute any claims made by such sciences. I’ve even had dogmatic science minded people try to tell me psychology isn’t a science and of course I proved them incorrect. ﻿

Spiritual awareness is about awareness and being aware of the connections between dogmatism and ego in any ideological principle.  Spiritually aware people know, once the ego is no longer in control dogmatism just won’t (can’t) exist and what a shame that would be…….not.(:-
Posted by Mathew Naismith at 17:19 No comments: