The Difference in Ego Tendencies 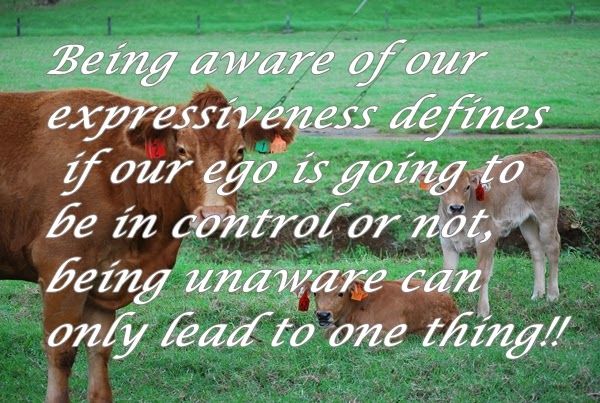 This is an interesting non-conflictive banter between me & another person on living by the heart or ego & the difference between expressing the ego to being controlled by the ego.  I do indeed respect bestearth’s reasoning.

Thinking is what the ego likes. The sensable place to dwell must be the heart. It's the centre of the body and energy systems. The mind's thinking is like a shed full of tools when something needs to be measured/analysed. Then tools down and back to the heart, which is home.

The ego has no ability other than to 'think' of ways to control everything. It has no imagination, no creativity and it's only means of survival is to hijack the creativity and productivity of others. It hooks onto the traces of guilt, shame and uncertainty in others. It is parasitic in nature feeding on the resistant, struggling psychology of others.

If you don't have any guilt, shame, uncertainty, there is nothing for an ego to latch onto. An ego will never bother you.

The ego is a toxic whirlpool whose end point is suicide or some form of destruction. Toxic thoughts lead to toxic emotions to toxic actions to toxic body become toxic habits that inwhorl to every permutation of suffering and pain. The ambitious ego fancies himself as the king rat in a sewer. It is arrogant and seeks contention to keep itself alive. Because it has turned it's back on creation and the creator, its only power is to control and dominate others.

So I don't think we can think our way out of extinction. I don't feel there will be any extinction. We can''t feel our way out of extinction either because that would be a negative goal. We can feel our way into our own individual true self which leads to the true calling which leaves behind all concepts and flavours of fear for the expansive smorgasbord of Love's permutations. With no victims left the ego is out of business. This is the positive path that I believe connects us to creation and to natural understanding, joyful living and learning.

Yes indeed, once we see a problem or something to counteract the ego is at play & this is where there is no right & wrong comes into it, I've written about this a few times. I do however see a difference between expressing the ego to being controlled by the ego & again there is no right or wrong in being expressive or being controlled by the ego. Once we see a right or wrong the egos at play again & we have all done this even at times unbeknownst to ourselves.

This all comes back to needing to think our way out of this mess which by the way at the spiritual level isn't a mess to me however at the human level it is & it's this expressiveness of the ego that will change this reality first mentally then physically I believe.  A lot of spiritually aware people will avoid conflicting with others which by the way comes down to judgement which is again expressive of the ego however for real change to occur at the expressive ego level, (human level), we need to be, at times, quite strongly expressive of the ego without being controlled by the ego for real change to take effect. The trick is not to become controlled by the ego again for in this lays more lies & chaos.

When sitting within my own quietens it would seem we need to do very little however coming out of this conscious state we do need to do something which again will be expressive of the ego. I do think while within this quietness we can be delusional & start to think we need to do very little but that has never been the case in anytime in human history.  We are expressive ego beings, that is unavoidable within our current state of being. Actually being aware of our awareness states is also expressive of the ego believe it or not so no matter what we feel& think it’s still of the ego I believe.
Posted by Mathew Naismith at 09:43 No comments: