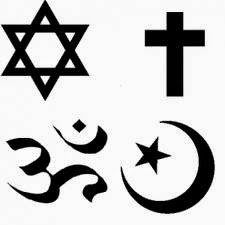 I’m having a discussing at the moment with two obvious hard line atheists mainly about consciousness, their reactions are typical of any extremist, this is scary because atheism is becoming more and more popular.  I should point out that not all atheists are this extreme within their actions and views as not all Muslims are extremists.

The following is my response to these atheists, I didn’t insert the responses from these atheists because I found them rather highly irrational and it would have made this post a little too long for me. You also might find some of the information I’ve supplied here interesting, Christianised countries certainly have their merits that the whole free world should be thankful for.

"Various agnostics and theists have criticised atheism for being an unscientific, or overly dogmatic and definitive position to hold, some with the argument that 'absence of evidence cannot be equated with evidence for absence'. The philosopher Alvin Plantinga argues that a failure of theistic arguments might conceivably be good grounds for agnosticism, but not for atheism, and points to the observation of an apparently "fine-tuned Universe" as more likely to be explained by theism than atheism.” http://en.wikipedia.org/wiki/Criticism_of_atheism

The following is an interesting read about the typical bad arguments of atheism.

The main point is atheism wouldn't exist unless it wasn't for people having a belief in deities therefore atheism couldn't exist if deities were proven to exist. Can we say the same about religion? Think on this if I was you before answering yes.

The point is atheism is very shallow and narrow minded within it's concepts especially when compared to religion.

The following was my reply to humanism being more about atheism than theism/spirituality; this point was made from a person who is supposed to be into straight science not philosophy.

“Humanism is a philosophical and ethical stance that emphasizes the value and agency of human beings, individually and collectively, and generally prefers critical thinking and evidence (rationalism, empiricism) over established doctrine or faith (fideism).” http://en.wikipedia.org/wiki/Humanism

Is the study of humanism predominantly scientific if it’s mainly based on philosophy and ethics? I don’t think so!!!

This is an interesting survey I must say; the top ten are all Christian orientated countries, atheistic counties didn’t even come close.

Go back a thousand years or so, what would the world be like now without Christian countries coming together in a common cause? Think on this, would there be any atheists around today?

Let’s now look at recent times; there was again a major threat to the free world in the mid to late 1900’s, what counties helped keep our freedom that atheists and alike enjoy today?

Now let’s look at the present times, what counties are again assisting atheists and like keep their freedom and their life style, remembering an atheistic minority country is actually assisting this peril?

How ignorant can hard line atheists get, they owe their freedom and their living conditions to Christian orientated countries, it’s a blessing not all atheists are this ignorant and thankless. No I’m not a Christian as such, I don’t praise a God or idolise Jesus but I am giving and caring and I do appreciate my life I have today.

Christianity has hard line extremist atheist on one side and religious extremists on the other side, these hard line atheists better hope these Christian countries hold out, if they don’t their atheism won’t be around much longer.

This kind of deception obviously comes too freely for you Dusty, a typical extremist trait, another trait of an extremist is irrationality, how often do you display this trait remembering abusive behaviour, deceit and deliberate intimidation are defined as irrational behaviour?

Let's look at the behaviour of Islamic extremists, they are abusive, intimating, deceitful and highly irrational, most extremists display these traits as you obviously do yourself. Thanks again for proving my point Dusty; it's good to see you are still participating.

I just can't believe how thankless these extremist atheist are in regards to soldiers who are and were Christians dying for their freedom and way of life, if it wasn't for people having beliefs Dusty you most probably wouldn't be here, try not to be so unethical and thankless but this after all is another sign of extremism, you surly couldn't deny that? Yes of course you could like any good extremist can.

I thank my lucky stars I had and have soldiers who are Christian dying for my freedom and way of life right throughout history; you can be as thankless all you like Dusty but not me. You can have your extremism my friend all to yourself.

Do we just be a let be, let everything run it’s own course? This would be nice, but like in WWII if they did this, I know I wouldn’t’ be around today and the world wouldn’t be as expressive of freedom as it is today, we certainly wouldn’t be talking about spirituality as we do today.

We have all got our part to play; all we can do is go with the flow of the moment, if you feel like taking action, you take action but at the same time remembering each action attracts a reaction.

Life would indeed be passive without extremism of any kind, this is active intentions, passive intentions are people like you and I discussing passive ways to exist and just be.

Extremist Traits:  I think it’s important to recognise the traits of extremism, not just in others but in ourselves as well; the following should assist in this.