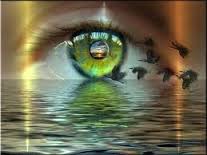 Firstly, hate groups are obvious in the way they work by dividing, divide and conquer.

My own projected honest truth is not well liked on the net, in actuality it is quite hated and/or despised by many, however, by a few, my own projected open honesty is revered. Some of my written material was used in a College in the .  I have also been unsuccessfully coaxed into placing my written material on an academia site backed by a well known university in . On an atheist owned, run and backed social site, my written material was too obviously despised. You see, bias desired truths are always at war with honest truth, but honest truth is never at war with desired truth. Look at it this way; are virtuous people at war with unvirtuous people? No, virtuous people are simply being virtuous but unvirtuous people see this as an attack on their desired truths. When I look at the people who despise me on the net, all I see is how close to the truth I am, sadly enough.

Open honest unbiased truth is not just being ostracised or banished these days, it is being destroyed. Look at the people who are trying to banish hate groups and stop bullying on the net, this is while they are not stopping but fully supporting well known hate groups going into countries like and !! On top of this, you have hate groups who hate anything negative, so they simply ignore the obvious honest truth in favour of desired truths.

While on youme.social, I was accused of not liking my views put to the question. This is while I was harassed and bullied into asking to be removed from being a member of youme, as I seriously questioned the falsities and hypocrisies of atheistic ideologies. Because I could see what was going on youme, I purposely posted a post questioning atheistic ideologies. Often, deceptive manipulative people will use deflective tactics, in this case with me, accusing me of not liking my views questioned, when in all honesty these people didn't like their views questioned, obviously.

I am a huge threat to these people because I copied certain parts of my conversation with them. Never play all your cards at once with people like this. I am not at war with people like this, just simply openly expressing honest truths rather than a desired truth in accordance with my own ideologies, isms or beliefs. What hate groups hate the most is anyone who they hate isn't also a part of a hate group in opposition to their own hate group. What occurs in this case is they deceptively make themselves believe that they are also hated, when someone is simply being expressive of honest truth or virtuous attributes.

Yes, my writing's are not of an academic quality, but what I write about often is it would seem.......

Posted by Mathew Naismith at 07:31 No comments:

Mother Teresa and Florence Nightingale helped a lot of people, often in the worse environments. There happiness wasn't reliant on their external environment, at the same time not judging their environment to be negative or positive, just an environment that needed assistance. A more neutral consciousness seemed to have been expressed here.

Often today, people will judge the environment around them negative or positive. Of course today if the environment is negative or toxic, we avoid assisting the people in need it would seem to retain our own externally acquired happiness and positiveness. and are prime examples. The consciousness of people like Mother Teresa and Florence Nightingale seems to be absent in the present human consciousness!!

In my last post titled, A True Malevolent Menace, I wrote about a dream I had recently, where a malevolent force was too entrenched in a consciousness for me to assist anyone on the receiving end of this malicious menace. This is after trying to expose a social site run, operated and supported by a hate group. Of course hate groups are often inline with radicalism; the process of only accepting desired truths that are in favour of the group's intentions, while hating/opposing any honest truth that doesn't support a group's intention. For an example of this, extremist religious groups but in this case I am talking about an extremist atheist hate group.

At present, these hate groups are trying a new deceptive tactic on purpose, to deceive everyone in how nice they are, while their true intentions are obviously malicious in intent. I know because my dreams like this don't lie.

This radical hate group and the groups social site is also supported by the EU it would seem. Also, it would seem any blog I write to do with this social site and its initial supporting members is now being hampered by Google. Of course this hate group maybe hacking my blogs either through Google and/ or externally. As my dream portrayed, this malevolent menace/consciousness is well entrenched in today's human consciousness.

However, as my dream portrayed, quite a large number of people are untouchable to this malicious menace. Our material being maybe at risk but our immaterial being, the soul, is not at risk if we stay true. Staying true is simply to do with honest truth, while one's consciousness is in the absence of desired truths. By judging everything around you as being negative and positive, instead of staying neutral to this environment, is a sign that one is seeking external happiness, not internal happiness. Judge what is negative and stay away from the negative to stay happy/positive yourself!!

My own internal happiness has nothing to do with a material environment, but an immaterial environment. Yes, my material being and ego could search for external happiness by judging what is and isn't negative if I allowed it, but my material being/ego is too aware of my immaterial/spiritual being for that to occur it would seem. And it would seem in accordance with my dream, so are a lot of other people.

In relation to my material being, my immaterial being has precedence, for if my soul is menaced and infiltrated by malevolent malicious menace, internal happiness will no longer exist. In this case, the only happiness one can then find would be external. Ask yourselves, what kind of force has control over the present external happiness? It is a hate group trying to outlaw any group that opposes true hate groups.

As my dream also portrayed, I must now withdraw into an environment that is untouchable to this malevolent malicious menace. It is now going to do no good in exposing this malevolent malicious menace to a people who don't want to know. A people tricked in being only interested in finding and keeping personal external/material happiness. However, my journey is just beginning with the people who have stayed true to themselves and the people around them.

You can lead a horse to water, but you can't make the horse drink from the water unless there is a need by the horse to do so. The need hasn't arrived yet it would seem, to be truly internally and eternally happy.........!!

Posted by Mathew Naismith at 08:44 No comments: