Note: I didn’t take on all of Karla’s suggestions here for one reason or another however most of what Karla edited I’ve implemented, hopefully to Karla’s satisfaction.

All the way through the blog I have referred to vibrations in many topics so why is this so? As I have mentioned in this blog, everything your five senses pick up & everything they don’t pick up on vibrates otherwise it wouldn’t exist & it’s this existence I’m going to talk about here today. This is just another way to explain the importance of vibrative energy as it effects all aspects of our being as I will explain further. 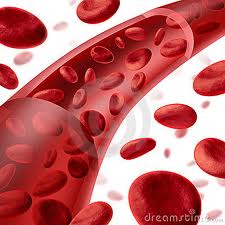 Living Vibrations: Everything that vibrates is alive & everything that’s alive has it’s own vibrative signature within each frequency of a vibration.  All vibrations are made up of different frequencies & each frequency is a signature to any existing vibration which is what forms matter. Now in saying this you’re probably thinking, “So what if everything vibrates & vibrates at different frequencies, what’s this to me?”

If you can get the idea that everything vibrates it must be ALIVE in some way – not like us, but alive just the same in its own vibrative state of being – you’re on your way to understanding oneness & collectiveness. Look around you, what has a similar make up or chemical & biological compounds to us humans?  Just about everything in some way or another. If you tested human blood for iron, water, oxygen, sugar, carbon, dioxide, nitrogen & so on, you would find these components.  Human blood contains over 4000 different components, so how many human-like blood components are found in our environment? They are everywhere. We are not that different from, let’s say, a rock or a tree, or the very planet we live on.

A rock, which can be made up off many different minerals & chemical compounds, doesn’t have as many components as humans.  We know there over 4000 compounds in human blood alone, now a rock doesn’t have this within it’s whole structure.  This is what makes us so different; it’s the number of different vibrative components found in the human body which makes it what it is compared to a rack for instance. In saying this, even a rock is ALIVE.  Just because it isn’t made up of so many mineral & chemical compounds doesn’t make it dead or non-vibrative.  It vibrates, therefore it’s ALIVE!

One other thing that makes us different from a rock or a tree is our consciousness which allows us to manipulate other vibratory matter.  A rock can’t manipulate matter, it has no consciousness.  So is it this consciousness that makes us ALIVE & not a rock? I don’t believe so.  Because all atoms vibrate therefore move, the rock has to be ALIVE in some manner, even though it doesn’t seem to have conscious thought or a soul. So what I am saying is anything that vibrates is still ALIVE, just in a different way to humans or other organic conscious matter.

So you’re probably thinking, where is this leading me, what can I do with knowing everything vibrates therefore is ALIVE? 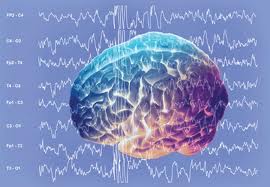 Changing Vibrative Frequencies: When a rock is formed during the Earth’s evolutional cycle it doesn’t just change shape & size, its mineral & chemical makeup changes as well. The same thing happens when humans grow old; it’s all a vibrational change.  Now if vibrative matter changes naturally, what’s stopping us from changing vibrative matter?  It occurs naturally so why can’t we change it ourselves?

We already do change matter in a physical way when we manufacture plastics or pollute our environment or even when we burn timber.  We have physically changed a vibration into another vibration.  If you burn timber what happens to it? It turns into charcoal or smoke. This means that the vibration has change from being a tree, to charcoal or smoke; the components of a tree have been totally changed through our physical intervention.

Now it’s been scientifically proven that the mind can change things like the experiments with water crystals, but what is happening when we change the structure of water crystals? We are changing the vibrations of matter just with our vibrative thought process.  What is stopping us from manipulating our environment to change it for the better instead of physically for the worse?

For centuries we have been changing our vibrative environment mostly through physical means which has lead us to what we have today; self-destructiveness. Now I wouldn’t call it wise what we are doing at present; destroying the very thing we rely on for our very existence isn’t wise to me!! What if we showed a bit of wisdom over & above our egos, wouldn’t that change the vibrational pattern we are presently in to something far less harmless?

So what will change if we manipulated our environment more wisely instead of egotistically? We would be more aware of the effects of what we are doing instead of being ignorant of the effects we have on our entire environment. By releasing control egotistically we will actually gain more awareness in what we are doing which I would call wisdom. Being mentally & spiritually aware that everything is ALIVE, gives us awareness of our own environment & the knowing we can literally change the vibrative structure of matter. However to do this we need, in my mind, to be more wise within our actions & thoughts. Ego gives us ignorance & wisdom gives us awareness, it’s that simple!! 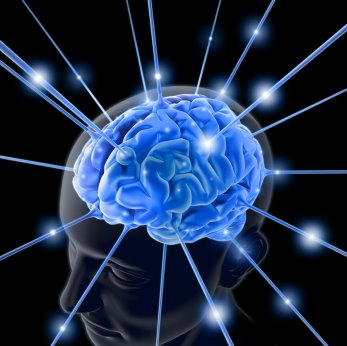 How to Manipulate Our Environment: The problem we seem to be having is learning to use wisdom in conjunction with knowledge in manipulating our environment. This seems to be fuelled by numerous mental & physical habitual learnt practices. From the past, we haven’t learnt to manipulate for the good of all mankind, most of us are still caught in the habit of selfishness which is taught to us mainly to support materialism in some way. I believe once we get past our materialistic taught practices/habits & take on a more liberal aspect of spiritual/scientific knowing, we will be able to manipulate our whole environmental without fear of further harm.

The next level of evolutional humanistic change will show us how to reform our environment through being aware that everything is alive.  Truly knowing & understanding this will allow us to manipulate our environment better than we do today. Manifesting is one form of vibrative manipulation which would work but seems to be going wrong because of the way people are taught to manifest for our own desires.  This shows me that the time for us to be able to responsibly manipulate our environment is not here yet.  We obviously still need to learn how egotism keeps us ignorant & how wisdom can give us more awareness & that egotism/ignorance is quite a different vibratory component to wisdom/awareness. It is obvious wisdom/awareness is going to manipulate our environment in quite a different way to egotism/ignorance; wisdom/awareness vibrates at a totally different frequency to egotism/ignorance so the effects are obviously going to be different!!

I thought I would end this post with a funny little quote of mine.

“If it vibrates it’s alive in one form or another, living just doesn’t come from organic material like man thinks but from all creation for the creator of creation is the vibrative consciousness energy force itself not organic matter like man.”
Posted by Mathew Naismith at 07:47 No comments: