Enter the Dragon-A State of Oneness 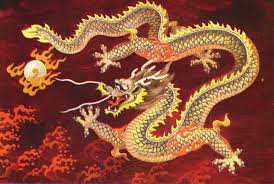 Entering the dragon; is in reference to how the dragon becomes one with itself, the mind body and spirit act as one entity instead of separate entities, martial artists are a good example of this. This state however isn’t a state you can actually enter into, especially through intentions, you do however become aware of this oneness state, this is what entering the dragon is about, awareness of mind body and spirit.

Martial artists have intentions through vigorous training, this allows them to become aware of a state of oneness, you can also get to this state through meditation alone, however this isn’t a true state of oneness. A true state of oneness has no intentions, this is due to which intention do we use to reach and stay within this state. Intentions  are about separation, separating one intention from another when there is no separation, in other words you cannot enter into a true oneness state through separating one kind of consciousness from another, you can only be one within oneness itself.

You can however become aware of this oneness which of course gives us feelings of this oneness, this is entering the dragon through mind body and spirit. By entering the dragon, we individually become one with ourselves but by doing so we observe ourselves being noticeably different from other states, our intentions of being one with ourselves, has caused us to become noticeably separated from other states, it is quite obvious why this isn’t a true state  of oneness.

A true oneness state: You cannot intentionally enter a true oneness state,  don’t even try, the more we try to enter this state, the further off this state becomes, this is due to ourselves already being in a state of oneness. The logical human mind has a problem with this, how can we be in a state of oneness at the same time being in a state of separation?  I will answer this with another question, how can we be in two quite different states while experiencing an OBE, an out of body experience? Within this state of awareness, we are aware of our physical and non-physical selves at the same exact time, how can you be aware of our physical form and our non-physical form at the same exact time?

Thus is obvious, human logics is noticeably flawed, this is due to logics having boundaries it can’t cross, anything that isn’t of this kind of reason can’t exist or be. A state of oneness doesn’t have these boundaries because there are no intentions of using any particular kind of reasoning, there is only one kind of reasoning, the expressions within this reasoning has no boundaries as the expression of consciousness are infinite. This actually means everything we could imagine is possible, this is why we can be aware of our physical and non-physical selves while experiencing an OBE. This means a  logical mind is a very simple mind, it is unable to reason beyond it’s own set boundaries because of the simple way a logical mind comprehends.

You might think science, for example, is complicated and needs a lot of understanding and knowledge to comprehend, this is true but for a very simple reason. Once you break down and separate everything within separate labels and slots, you have complicated something that was very simple in the first place, only a simple mind would do this. This is because this kind of mind  has to break everything down to comprehend it, this kind of mind can’t understand what it can’t comprehend, however, a spiritually aware person for example doesn’t have this problem, they can comprehend beyond any set boundaries especially beyond the many set boundaries of logical reasoning.  Being aware of a state of physical and non-physical being at the same time, is quite comprehensible to them as should being in a oneness state and a non-oneness state, this is because there are no set boundaries.

This is difficult to comprehend, how can we not observe that each expression is different/separate from another, they are obviously different expressions of consciousness?

One mind: Let’s now look at the collective human race, not as individual minds expressing themselves separately, but of one mind, one collective, expressing itself as a martial artist does. Each and every expression is different as each and every martial arts move is different, just because each expressive move is different, does this make the martial artist no longer one with themselves?  No, of course not, so why do we look at ourselves, while looking at ourselves as one collective mind, as separate expressions of a different consciousness?  We are all conditioned to think primarily logical,  the logical mind tells us we are separate minds expressing themselves when we are really one mind, one consciousness,  expressing itself. We are  all like the martial artist but we just can’t comprehend this.

We really don’t realise we are always in a oneness state especially when we are expressive of consciousness, when we express ourselves, don’t the people around us react to such expressions by expressing themselves as well?  Just look at the human collective as one mind, when our own minds are traumatised, don’t they continually express themselves within the mind, the mind very rarely shuts up in this state, the human collective works exactly the same as our own individual minds. Look at the centuries of trauma we have caused ourselves as one mind, how expressive is this mind today?  It never shuts up with it’s various expressions which should show us the human race is perfectly working as one mind, yes it’s traumatised but it’s still working as one mind should in this circumstance.

Oneness isn’t a state we need to get into or try to acquire in anyway, it’s a state that already exists for us, all we need to do is become aware of this. To me, the way we are reacting reminds me of a single mind that is traumatised, one part of the mind is always in conflict with another part of the mind, such a traumatised mind will, at times, express itself  in a destructive way, this sometimes leads to a part of the mind deciding  to commit suicide.  We need to all be aware of this in my mind.
Posted by Mathew Naismith at 10:04 No comments: