I Am All That Is 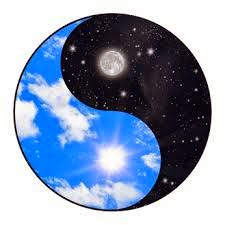 Recently I came across someone who was quite straight forward within her views that anything not of our true nature is an illusion, she can’t believe that so many people believe this reality isn’t an illusion. We are pure awareness; this is our true state which makes our present state an illusion which I concur with. The reason I concur with this is I fairly much know we are living in ignorance to our higher self, our pure awareness state. Everything about this reality denotes ignorance which is quite the opposite to our aware state, this would have to mean anything of ignorance denotes an illusion because it’s not of our true state which is of pure awareness or does it?

The second problem I have with this is we can’t possibly experience anything that isn’t of the collective consciousness in some way, this means this ignorance we are experiencing is also of this collective consciousness, it has to be real within a sense, maybe not human sense but in a real sense. The ego wants us to be only a part of a pure awareness nothing else, so we separate ourselves from pure ignorance. We do this by judging and labelling that anything of ignorance is an illusion but where is the oneness in this when we are judging, labelling and separating one consciousness from another?

I also thought this pure awareness state was our true nature until recently, instil I realised we are not just of what we have judged as being pure awareness, our true nature, but of pure ignorance as well. What ego wants to be a part of ignorance especially of an ignorance as pure as this pure awareness?  Once we become aware of what we judged as our truer state, we judged anything not of this state as being an illusion, this to me sounds we are once again being controlled by the ego in a very tricky way!! Do not underestimate the controlling ego; it’s indeed a very tricky little devil.

To me our true nature is of both pure awareness and pure ignorance and everything else that is of consciousness. When I was in a quietened state of consciousness last night I realised I don’t want to be of either pure awareness or pure ignorance, this means I don’t want to be of the light nor the darkness but in the grey area, an area of awareness that seems quite balanced. However what controlling ego wants to be of the grey area, it either wants to be of the light or the dark because these areas have a feeling of power and control, being in the grey area has no such feelings but it is of true balance I believe?

People like Saddam Hussein and Hitler are a part of me as I am part of them, to separate one from the other hasn’t anything to do with oneness, separating conscious states of awareness from ignorance is the same, all we are doing is doing exactly what our egos desire, to separate anything we deem as inferior to ourselves.

To label and judge certain parts of consciousness an illusion is a part of the growing process, we will in the end I feel come to the same conclusion, nothing that is of this consciousness or any consciousness is a true illusion however I could certainly be incorrect in this as always!!

I know I am not just of the light or dark, I am all that is.
Posted by Mathew Naismith at 15:34 No comments:

The White Castle of Love and Light 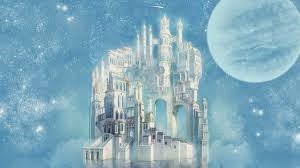 I should point out first that this post is in relation to a dream I had last night about being in a white pinkish hue castle on top of a very high mountain top, however I feel the dream itself has a relevance to all of us as I will explain further.

My dream was about being in a white pinkish hue castle of some kind on top of a very high mountain top, the thing that got me however was while I was looking down from this castle, all I wanted to do is go down to experience whatever was down from this castle whatever that might be!!  Now the feeling I got from this reaction from me was that this is exactly what we have all done, to experience life as we know it, we have descended from this white castle, from our higher selves which is represented by the castle.  The white of the castle represented to me light and the pink represented love.

Judgement comes into being only when we are in these lower levels of awareness and understanding however we can stay too long in ignorance and be caught in such circumstances.  This too however is seen as but another experience by the higher self I feel.

Quite recently I have been in thought about going home or of thinking of home period, this home, it would seem, is in relation to the castle in my dream last night, I went back home but all I wanted to do is be back where I am now at present.  It would seem to me I haven’t long started my journey where a lot of other spiritually aware people have had enough of such a journey and need to go home.

The other interesting thing is recently I have also wanted to change my mentality which is also represented by the castle in my dream I feel, the mentality that there is no lower or higher levels nor is there a right or wrong, good or bad, just experiences to be had that we choose to experience at our so called higher level of awareness and understanding.  I feel the castle represents a mentality, it’s real but it’s more representative of a mentality than an actual physical reality but being human we see it as a physical reality which is great.  This allows our human selves to relate better with our truer nature, our higher selves.

This gives us a little understanding to why we take on certain ideological principles and at times stand by them, we are not all on the same journey even though we are experiencing the same journey.  This is represented by how long we have been in ignorance of our true nature and the longer we stay in ignorance the more ignorant we become; this is unless we take on such ideologies such as spiritual awareness for instance.  Spiritual awareness gives us an awareness that we are living in ignorance of our truer selves, this I feel is represented in this case by a white pinkish hue castle atop of a mountain peak in my dream.

There are a lot of people who don’t take on ideological principles to assist them to become aware of their own ignorance, this could be because they have just started their journey or they have been ignorant too long and are too caught up within this ignorance to help themselves in this way.  This of course is but another journey that the so called higher self chooses to experience!!

This seems to back up any claims that we have come from love and light which is represented by the castle in my dream, I have myself refuted this in the past until it was time for me to realise this love and light seems to be of our true nature.  We should understand that not everyone is supposed to become aware of this as they have their own journey to follow, they are following their own ideological principles as we all have in this so called lower levels of awareness and understanding.

I should also say, it doesn’t matter if you agree with this or not, it’s only my journey I am expressing here, it’s no big deal.
Posted by Mathew Naismith at 10:47 2 comments: