Heaven for the Soul 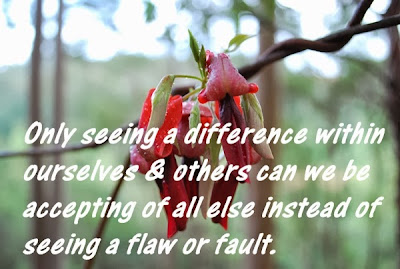 Why has a divine light, such as our souls, chosen to be in a seemingly hell like reality? There are of course many answers for this depending on what ideology we follow but the point is all our souls chose to be here to experience whatever comes otherwise we wouldn’t be here. Physical realities have always been a turmoil-ish place to live, even before man surfaced upon this Earth there were earthquakes, volcanos, fires, ice ages & so forth to contend with so life, to begin with, has a lot to contend with & this is without human intervention. The big question is, have humans made things better?

Action-Reaction: We have had centuries of war but we have also had centuries of religious & spiritual groups trying to envision peace, harmony & love over as many centauries than we have been warring with each other, has this envisioning worked?  No so why would it work now? There are as many people per populous who have in the past wanted & worked for peace, harmony & love than there is now believe it or not so no it doesn’t look like it works. We are basically using the same old spiritual teachings with the same old emotions urging us to bring on this peace, harmony & love into our lives. We are still trying to run away from something to something better. Is this act by seeing a problem in the first place & responding to this by running away from it or denouncing it in some way actually helping to manifest more of what we are trying to escape from? Any vibrative action will cause a reaction somewhere somehow, action-reaction.

It didn’t seem to matter how we envision peace, harmony & love we still get a reaction of our initial action which can be anything, we just don’t have control over the reaction when we act against anything unbecoming to us like warring for instance or of anything to do with the ego. Is this because we are reacting which causes another reaction? This is like a snow ball effect, are we any less at war in the world even with the threat of mass inhalation? Action causes reaction which causes another reaction & so on. In actual fact it would seem we are more at war than ever & if it wasn’t for the threat of mass inhalation we would probably be more at war than any other time in human history. So after all these centuries of envisioning peace, harmony & love it still hasn’t worked.

If we as spiritually aware people see therefore judged that there is a problem within ourselves & others isn’t this acknowledging there is a problem & the more we envision there being a problem like the ego  & associated judgment won’t we manifest what we are trying to escape from, action reaction? Of course we will manifest more of what we are trying to escape from, so what’s the answer? Don’t react for starters by not seeing a problem, only see a difference. Within seeing a difference only we will then become more accepting because that’s what true spiritualism is all about, acceptance!! So what difference are we looking for to do with the ego for instance instead of a problem or flaw within ourselves & everybody else? Look at the ego as being only a different part of ourselves not something that seems like a flaw.

Heaven for the Soul: A lot of humans look at life in the reality as being hellish but the soul looks upon this reality more like heaven because only in realities like this one can the soul be expressive of every part of itself. Imagine at the human level what it would be like not being able to be expressive of your whole self in any way?  The soul is very emotional & like us at the human level it has a need to be expressive of these emotions, it’s just at the human level we see faults & flaws which causes conflicts. What causes wars usually, seeing a fault or a flaw in others in some way, what are spiritually aware people doing, seeing faults & flaws like anything to do with the ego for instance in themselves & everybody else. No wonder envisioning peace, harmony & love hasn’t worked, we are still seeing faults & flaws instead of just differences within ourselves & everybody else.
Posted by Mathew Naismith at 17:52 No comments: