Learning to Think for Ourselves 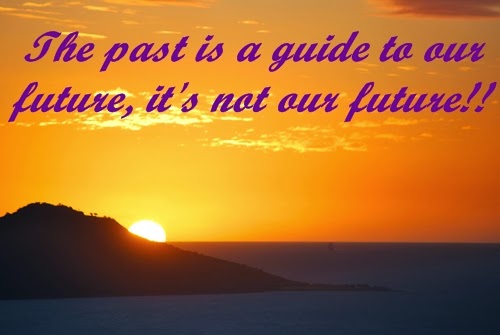 Not all my readers of my posts will like this but I do know some of you will as the discussion between Ros and I was conducted on a Noetic site, a site pertaining to science and consciousness, the study of consciousness through science.  The following was in reply to one of my posts titled, Spirituality-A Strange Existence.

Also, what is so important about the ancients and their writings/drawings/art/architecture, etc., is that...throughout all the many, many generations that can fit inside, say the last 10,000 years or so, and beyond, all those sages and solitary realizers, scholars and others who have successfully restored themselves to *balance,* and hence having been reunited with the highly interactive, blatantly demonstrative Universal Core Physics, have and continue to come face to face with the ~ exact same Truth! ~
Billions have lived in denial of it, countless millions have devoted their entire lives to faulting it, and *still* the Ultimate Reality persists the inescapable, translucent...
*One*

You will notice a brilliant scientist like Einstein for example took in what was needed from external sources but used his own mind power to deduce that not all of Isaac Newton’s theories were correct. If Einstein didn't think for himself, we would probably still be praising all of Isaac Newton’s theories, science evolved further because of this, one man thinking for himself.

Don't get me wrong Ros, external sources of knowledge are needed to find our own way either it be ancient or not but we must start to find our own way entirely, once we obtain this, we have found our true nature and have started thinking for ourselves entirely.
The past is a guide to our future, it's not our future!!

Further reference: http://noetic.org/discussions/open/564/?c=10814#comments_form
Posted by Mathew Naismith at 08:19 No comments: 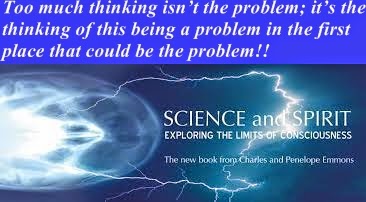 Because I am also into the sciences, like psychology for instance, this to a spiritually aware person seems contradictory for the main reason a psychologist uses the mind to think more not less plus a psychologist has to judge to evaluate. The psychology I am into is to do with analysis not the therapy side of psychology which is all about evaluating and judging, so doesn’t this clash with my spiritual perspectives?

If I was to sit there and judge that I am thinking too much then I would be thinking too much, we need to be careful in how we judge, is it wrong to be spiritually aware and have an interest in the sciences?  To a true spiritually aware person who believes one should not judge a wrong or right there could be no wrong in this even though I am thinking more while using psychology.  The point is it’s not how much we are thinking but how we are thinking!!

Scientist have proven, even under the most deepest meditative states, we still have brain activity but this activity is different to thinking scientifically, when we think scientifically we use the brain differently to being in a meditative state.  It all comes down to how we are using the brain not how much we are using the brain.  Being spiritually aware, am I going to judge thinking too much is wrong? If I did judge this wrong or negative in some way I would be a hypocrite so what is so wrong in thinking period and when do I judge when I am thinking too much?  Actually there is no such thing in thinking too much, especially to a spiritually aware person because they can’t judge accordingly.

To me it comes down to how we think not how much we think but of course to a science minded person they would judgmentally see the lack of thought as being so and so, in other words wrong or negative in some way however to a spiritually aware person thinking too much can be seen as negative or wrong in some way. To me it really doesn’t come down to how much we think but how we think but I suppose I could be wrong!!!!!
Posted by Mathew Naismith at 11:21 No comments:

Knowing isn’t what Knowing is!! 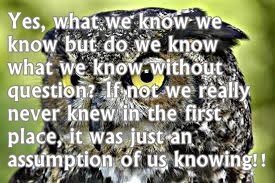 “Yes, what we know we know but do we know what we know without question? If not we really never knew in the first place, it was just an assumption of us knowing!!”

I wrote this quote up out of the blue without a post in mind which isn’t usual for me.  It seems like a simple quotation, if we are no longer questioning it’s not an assumption however when I inserted this in the thinkers Google community I got a funny reaction to it. It was read like this, “but do we know what we know without questioning? It was elaborated by saying breathing, going by the quote, is an assumption.  Yes, if we read it as, “but do we know what we know without questioning”, I can see where the misconception was. In this case the quote would be referring to all questioning being an assumption, I found this interesting!!

The human mind is all about knowing, it can’t function without input/knowing so if it’s still questioning it’s still assuming however faith works the other way around funny enough. We know without question is saying anyone with faith isn’t assuming anything unless they question such faith, in this case it becomes but another assumption. Because some people were thinking too much on the thinkers Google community they made an incorrect assumption to what the quote was referring to. Thinking is obviously of assumptions so when we lesson the thinking processes we are of course going to lower the chances of assuming too much.

Now to a person who only logically thinks this doesn’t make sense, faith is of assumptions because faith is hard or impossible to prove so if you can’t prove a faith it’s only an assumption obviously. How about if we looked at this in another way.  Science today, through all it’s questioning, is still trying to find out how the universe was created, it’s still all theory, theory denotes questioning & of course assumptions. Going by the quote, all questioning is based on assumptions until we know like with breathing, once we know it’s no longer an assumption. We once didn’t know how & why we breathed until we asked the appropriate questions to such things. Faith doesn’t need to ask such questions in the first place mainly because it doesn’t use the mind to reason; faith isn’t of assumptions like science for instance.

When we ask questions within any faith we are always assuming like in science & like science once we have had these questions answered we are no longer assuming. There is absolutely nothing wrong with assuming unless we think too much, once we start doing this we will more often than not make wrong assumptions.

Meditation, praying, chanting & even singing lessons the thinking process by focusing on one or two thought processes, we are at this stage thinking less or not at all especially when we are in the zone. While we are thinking less we are asking less questions, which going by the quote, lessons the chances of us assuming too much.

To end this post I’ve inserted one of my replies to the thinkers Google community.