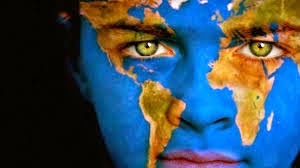 I recently watched the movie The Conjuring which is based on true case files of the family, the movie was about a family who experienced various paranormal events when they moved into their newly purchased house. The paranormal events that took place, you could easily describe as spirits/souls of evil intent, this is a human perception which isn't wrong or right as I will explain.

What is evil intent? It's an action that is seen to be evil when expressed in relation to our own lives, in comparison to our own every day lives, this kind of existence is going to seem evil, however, when you compare such paranormal events to an existence of the same kind of consciousness, this kind of paranormal event doesn't seem evil at all. In all, it's just another way consciousness can express itself, we can all choose to exist in this way if we want to.

I have myself experienced simular forms of paranormal activity that I would indeed describe as entities with evil intent,  they were extremely frightening and threatening, this is until I became aware of what creates such consciousness, a consciousness that  expresses itself in such an unbecoming way. Again it's only unbecoming to us because we are not used of such conscious expressions, this is certainly expected.

Once I became aware of what was truly happening, I just laughed in there presence, this was enough to disperse them, they do not like anyone being aware beyond human perceptions and intentions. There is a very good reason why such an aware action would disperse them, such unbecoming conscious entities are after all living in ignorance, any show of awareness is discomforting to them. This is funny because most of these entities are very knowledgeable and intelligent but on the other hand they lack any true awareness and wisdom, this makes them vulnerable but also very dangerous to anyone who allows such entities to influence them who are unaware of their vulnerability.

Life is a game to these entities, they know we hold life dearly to the extent of being fixated to life itself. They get a huge thrill in threatening in taking such life away from people, the reactions they get from these people incites them to go further and further. They loved scaring the hell out of me as they do of anyone, life to them is a laughable matter, how can any form of consciousness be so attached to life when life as we know it isn't really the norm. This is saying physical life isn't the norm as we perceive and it's this perception they play on.

Do not underestimate any entities we deem as of evil intent, they are very clever, knowledgeable and cunning, in a sense I admire them because of their ingenuity, they have adapted so well to realties like this one.

Of course sharing such experiences as this helps us all, we become more aware and wiser as we observe. It's however important to be able to observe any conscious expression with a smile on your face for it's this smile that shows us how aware and wise we are becoming.
Posted by Mathew Naismith at 15:32 2 comments: