Religion, is it Rational??? 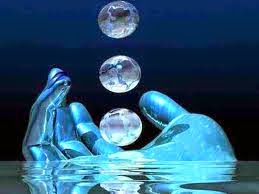 This post was inspired by a bloke called Sal C; the following was a reply I received from him. I have a feeling this is an important topic to bring forth, is religion questionable and the answer would be for sure, however, instead of looking at the negative effects of religion how about we look at the positives of religion for once keeping in mind I’m not religious myself; actually I don’t follow any ism period however I do try to be aware of the positive and negative effects of isms mainly because they have a direct and/or indirect impact on us all.  It’s a bit silly sticking our heads in the sand when these isms impact on our lives so much.

Hey Matt, I want to know your opinion on religion. We hear so much on how it can be limiting to your growth and unscientific. I feel it can be very beneficial, even life saving, providing you don't get so entrenched in the beliefs as to disregard reason and logic all together. I feel if people look to a higher aspect of life, seeing God as life or consciousness itself, loving yourself and others and getting a good sense of community, then it is wonderful. I would like to hear your opinion. Your friend Sal

So what this seems to be saying is it’s the doctrines (principles and guidelines) that are making us irrational, however, the scientists who are going beyond these doctrines show us quit clearly it’s  the people who are irrational not the ism itself.

To me it would certainly seem doctrines are referring to principles and guidelines. What seems to be happening is people within any ism takes these principles and guidelines as the be and end all, it’s the people who are being irrational in religion not the religion itself.  Religion to me gives us certain guidelines to live by, they should never be the be and end all as I feel Sal C is pointing out, especially to the point of being irrational and even extremist within our thinking.

If you think on this, religion itself has always looked beyond human set boundaries; it looks at a God, super consciousness, energy source etc. by allowing us to perceive something that is in us that is beyond normal human perception and understanding.  Religion has always done this right throughout human history; I think it’s quite amazing actually.

So does this mean we should all turn religious? Not on your nelly, this would be like saying we should all become atheistic or political, it’s each to their own space and their own path.  What we need to be aware of is our judgement especially negative judgment of someone else’s space.

How many of us say we don’t judge and then we say religion or some other ism is this that or the other?  Be aware of this because it’s this judgment that can make us irrational and possibly extreme within our thinking which again can possibly lead to extremism. What is happening in present times is a good indication of how judgment can fundamentally influence good people to become extremists, it really all comes down to people becoming aware.
I thought I would end off by adding a couple of links looking at the good side of religion.

Religious impact on the arts and human creative development.

I’m not religious myself but I don’t judge religion itself as being irrational or extreme within it’s doctrines and beliefs, once people start judging, anything can happen and it most often does, irrational thinking and extremism is but two of these effects.
Posted by Mathew Naismith at 09:57 No comments: