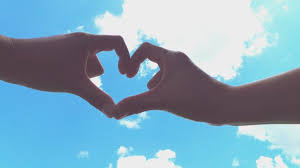 If you only relate being empathic to the spiritual or spiritually aware, bare with me as this is not the case. Psychology recognises the existence of being empathic for a very good reason but before we go into this, I think we need to define what being empathic is.

Empathic; showing an ability to understand and share the feelings of another.

It is important not confuse being empathic to being of empathy. "Empathy is the ability to comprehend or imagine what another might be feeling. Whereas, the Empath can literally feel what another person feeling." It is also wise not to only relate being empathic to being spiritual, in actuality being empathic has nothing to do with being spiritual or spiritually aware, you are either sensitive to other people's vibrations or your not. This is like my wife can't hear a mosquito in the room but I can, my ears are obviously more sensitive to the vibrations of the mosquito flying than my wife. At other times my wife can hear/feel vibrations I can't.

Look at it this way, how many people are more sensitive to what is going on in the world to other people, other people who are far less emotionally involved to what is occurring in the world. Yes, I am relating being empathic to our emotions therefore vibrations for everything that is of energy vibrates. A less emotional person is not going to feel what is going on in the world to the same degree as an empath. Yes, certain atheists, materialists and scientists, are more objective, a state of mind not influenced by emotions, than spiritually aware people. This does not mean that spirituality brings on feelings of an empath but it can certainly help. Spirituality simply works by teaching or conditioning a person's consciousness to be more subjective, a state of mind influenced by emotions.

Sadly, a lot of objectively minded people only see being empathic as a bias, a mind influenced by our emotions giving us bias evaluations of ourselves and our environment as a whole. You could put this another way, giving subjectively minded people a distorted sense of reality. Yes, this is what objective people think, which is also of a distorted reality based purely on objective thinking, one way of thinking and being. This is while none of us are truly unemotional or unbiased by the way we think, either it be objectively or subjectively of mind. Yes, objective minded people think they are not biased by the way they think, even when they primarily think objectively!!
Everything is of energy therefore everything vibrates, so if my wife doesn't hear or feels the mosquito's vibrations in the room, the mosquito doesn't exist? The same is with ghosts, they don't exist because we are unable pick up on a ghosts vibrations. Yes, some people are more sensitive to certain vibrations than others, just because certain other people are insensitive to these vibrations, doesn't make them unreal. The question is now, is an objective mind, conditioned to certain vibrations only, less sensitive to other vibrations outside of objective thinking? To a person like me who subjectively and objectively thinks, the answer is too obvious.

I have simply lost count in how many conditions there are on being spiritually aware these days!!

Extract: The trademark of an empath is feeling and absorbing other people’s emotions and/or physical symptoms because of their high sensitivities. These people filter the world through their intuition and have a difficult time intellectualizing their feelings.

Extract: It’s perhaps not the first accolade you would think of when think of the UAE, but it is an accolade none the less.
A study looking into the psychology of countries and their residents revealed that three countries in the Middle East – the UAE, and – are three of the most empathetic countries in the world.

Posted by Mathew Naismith at 09:39 No comments: