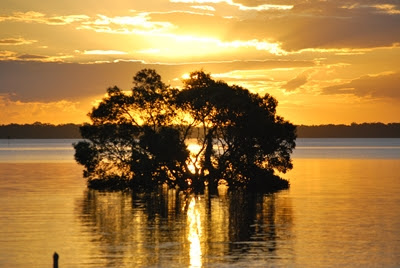 
In my 6th year I had a fall which fully dislocated my right elbow, it was never put back in place & I lived with this for over 43 years now, this is my short story of how I feel without spiritual conceptions my life would have been somewhat different if at all.

After having my accident at 6 years of age my life changed quite dramatically from a relative harmonious existence to a life of pain & discomfort. During my childhood years in pain I always had some kind of entity within my life but never felt like they assisted me in any way, actually at times especially through my dreams they seemed to bring more discomfort through nightmarish dreams. By my early teens I started to become more aware of my spiritual surroundings but still didn’t understand what my dreams where about. By my mid-teens I could go into states of consciousness that alleviated my pain & discomfort which gave me more stability especially psychologically. You see physical excessive pain for long periods of time can affect us psychologically to the point of contemplating suicide which of course I did on a number of occasions.

My dreams became quite nightmarish after thinking such thoughts which is the first awakening I had of how spiritual conception can assist us in life, the second awakening came when I realised at times in certain states of awareness my psychological outlook was much clearer, you don’t think clear when psychologically messed up. Also in these states of awareness & clarity my pain endurance increased to the point I could perform normal everyday feats that the average person takes for granted, at times is was as if I wasn’t in pain unless I pushed it too far which at times I did thus consequently paid the piper for doing so by losing control again of my physical & mental pain. I knew by my mid-teens certain states of awareness at the spiritual & psychological level could & did assist me in coping better. By the time I left school I was ready as I could be to start my trade as a carpenter/joiner which entailed a lot of physical work.

Did I lose it when I started working? Yes indeed I did however I know now nowhere near to the point I could have. If you could imagine what I mean by working quite hard physically & consistently in the work force with a fully dislocated elbow how much control that took, it’s no mean feat. It wasn’t just faith that kept me going but being able to control my psyche through being able to go into certain conscious states of awareness & this is why I have always stated that spiritual conscious awareness & psychology go hand in hand.  In my working days I sometimes performed in certain jobs that other fully able people couldn’t physically handle, this was the extent of my control however these days my proving to myself that I could work just as hard as anybody else has passed however I still go out there & do my bit. So many people who have competed with me while working in certain jobs & barely being able to keep up with me would be shocked to hear of my quandary, this reminds me of a semi-professional footballer competing against me while working in a national park during our work experience when still at school, if only he knew!!

Latter on my brother, who is a boiler maker, while working in the mines dislocated his shoulder, he rang me up & asked how did I take so much pain & discomfort for so many years nonstop, all I said was “I had no choice” but of course that wasn’t the truth, I could have chosen not to work or live but because of my awareness I worked & lived.

Once we learn to delve into the most inner parts of ourselves thus becoming more aware we can perform feats not normally possible, faith on its own can move mountains but spiritual conception can do a lot more than just move a mountain, it’s endless in what it can actually do I believe.
Posted by Mathew Naismith at 08:24 No comments: