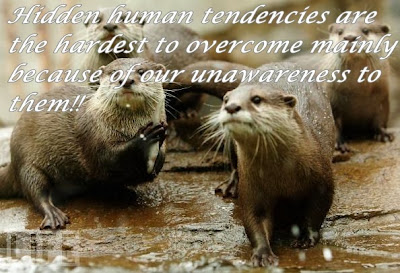 I have never had the intention to become controversial & I thought this would never happen in my wildest dreams but it has sadly enough but why? When we look at what I wright, if it’s not agreed upon it’s controversial but why is it controversial for any said person who disagrees?  The emphasis of other people’s disagreement isn’t really on me at all even though many people have tried to put this emphasis onto me, the emphasis is on the person with the disagreement.  This of course pertains to anyone we disagree with; we must look within ourselves to why we disagree & most of the times it will be the ego controlling us instead of us controlling the ego & yes I too suffer with this as well at times, it’s called being human which is quite acceptable for me.

This brings me to the topic of this post & yes it’s going to be controversial as well I’m afraid for the main reason we are so unaccepting of anything that doesn’t fit within our own personal perspectives & that is fair enough too.

I must state first up that humanly there is a right & wrong but spiritually there isn’t, the ego human self is telling us there are faults because the ego tells us so however at the spiritual level of understanding there is no ego to tell us of these faults we can only see through the ego so I will focus on the spiritual perspective of there being no faults or wrong & right’s just differences in the way we have chosen to exist. This also includes there is no wrong in wars, ego, consumerist materialism & so on remembering it’s the human ego self that is telling us these are faults of some kind. We must also remember here does God or the source see faults? That is an impossibility because the source isn’t controlled by the ego unlike ourselves which brings me to our human selves, the human selves that are self-confessed spiritually aware.

When we heal others what is happening, are we doing the healing or are they? It’s always the recipient of any outside influence that is doing the healing. I did say outside influence instead of healer. The reason for this is because we are not the one’s doing the healing  but many spiritually aware people will call themselves healers or give themselves big titles in whatever spiritual practice they are in, what does this denote? It of course denotes the ego being in control here so what I seem to be saying is this is wrong? At the human level yes it seems wrong to proclaim ourselves the healer in any sense however at the spiritual level it’s but another way to exist, there is no wrong or right within these actions controlled by the ego.  What I am saying here it’s not wrong if one chooses to be controlled by the ego & base one’s existence on this, if you see a fault here you must look within to why you see a fault because again fault depicts a controlling ego in control.  Yes I too allow the controlling ego to control me as well at times; it’s certainly nothing to fear but a lot of spiritually aware people do fear expressing such tendencies which again is the controlling ego in control. It’s like how dare we lower ourselves to such a lowly level.

Like I said earlier, “I will focus on the spiritual perspective”, there are no wrong or right’s just different ways to exist.  This is very hard for the hidden ego self to abide by because we have convinced our conscious selves that we don’t suffer with such lowly tendencies any longer however on the other hand  we will chase anything that gives us pleasurable feelings. It’s within these pleasurable feelings we see faults within anything that is the opposite of these feelings so how could we possibly accept anything that is faulty therefore wrong according to our pleasurable feelings.   These feelings of course are feelings of oneness, unconditional love, enlightenment & so on, once most of us experience these feelings we tend to find even more faults within anything that doesn’t serve these feelings.  Becoming spiritually aware can give us more opposites or extremes & of course faults & at the same time we have convinced ourselves we are no longer of the ego at the psychological level, this makes it extremely hard for us to see the hidden ego within ourselves.