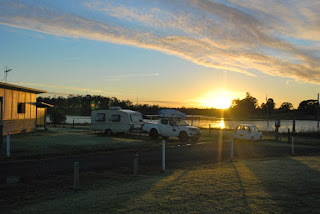 When Emmett approached the young girl, the young girl put her hands on her hips and yelled, "You can't help me." Emmett in return instantly put his hands on his hips and yelled back, "Do you know what a tripod hug is?" The girl then replied, "There is no such thing." Emmett then showed the young girl, of five years old at the time, that tripod hugs do exist from a book Emmett was given on hugs. If Emmett tried to hug this girl or physically treat this girl and not try to reason with this girl on her own level, often deemed too negative to a lot of new age spiritually aware people to go down to, this young girl wouldn't have opened up. In other words stopped suffering from her mental trauma.

If at any time I approached my disabled clients, often in mental trauma, and tried to preach love and light and /or unconditional love, what do you think would have occurred? Emmett actually instructs his therapists to stay away from using the word love, why? Because the word love can be traumatising to a lot of people, making any therapeutic treatment virtually impossible to successfully implement. Now, how are people of actual hate going to react to love and light and/or unconditional love? In total retaliation. Like Emmett, who had no problem of talking to instead of down to the young girl, talking to a traumatised consciousness in any sense makes a lot more sense than talking down to a consciousness in trauma. Sadly, for a lot of people today trying to help the collective human consciousness in obvious trauma, they are doing a lot more harm than good as the present clearly shows. Yes, they are helping themselves and their own but not the collective consciousness in obvious trauma. Honestly, this approach is actually doing a lot more harm than good only because they obviously have no idea what they are doing.

It would seem, in accordance with my dreams, I have to move aside while the freight train moves by, in a real sense it would seem. In other words get out of the way of the mistreatment of a collective consciousness by another consciousness talking down to the consciousness they say they want to help. If at any time you are talking down to a traumatised consciousness, while perceiving you are of a higher level of consciousness and positive to all else not of your own in any sense, in all honesty, you are adding to the trauma, not helping it. But as my dreams are saying to me, let it all simply unfold, be it that a consciousness has to, at times, learn the hard way, of course this needn't have occurred.

Posted by Mathew Naismith at 07:26 No comments: