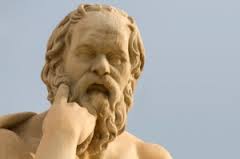 In an age where we have replaced wisdom with feeding the ego what ever the ego desires, this is the same age where we need to use technology more wisely, we ignore the teachings that are tested and found to be true through the ages like the Bhagavid Gita, Taoism, etc. Yes, there seems to be a relation between wisdom and idolisation but like materialism, where so many people idolise wealth and power, I can't see any wisdom in this. However, most often an idolisation is more in relation to the wisdom and the teachings of an idol than the idol itself.

Taoism: "Popular Chinese philosophical system based in teachings of Lao-tzu but characterized by a pantheism of many gods and the practices of alchemy and divination and magic."

An interesting point LP, how often has science and even atheism been revised? The point is, to evolve, these teachings need to be revised where teachings like the Bhagavid Gita don't!!

Sadly, the ego only sees that a figure of man/God is being worshiped, not what the man/God actually represents which is all of what is without exception. I have been known to say. "Forget about the human figure of a God/Goddess and focus on what the God/Goddess represents, for this is what these teachings are truly all about." In an age where we have replaced wisdom with feeding the ego what it desires, this advice is completely ignored.

Also, the western mind in all of us seems far more dominant today. The western mind is known to be the critical part of our mind, critical of anything that doesn't feed its ego. This critical mind will do anything but worship a far wiser consciousness, instead, put it's own self forth to be worshiped thus we have the creation of the age of false prophets!!

How many egos' act as a God these days upon the masses? Was not Jesus a representative of God's consciousness, a consciousness idolised by many? This is being replaced by what? By a consciousness that idolises the ego above all else, thus placing the ego and its desires above all else!! How many people in the world today idolise the wealthy and powerful? These people actually scorn an idolisation of an idol that represents all of what is, to an idol that only resents the desires of the ego!! To someone like me this is utterly bewildering that we would idolise such a finite idol compared to an infinite idol. Make no mistake, so many people of materialism are religiously following an idol that is finite by nature, not infinite by nature. This is very much a religion for a lot of people in the world today.

Try to remember, physical idols simply represent certain teachings which are often in the presence of wisdom, often a wisdom that is well and truly tested over time. It is not the idol itself that is so important, it what the idol actually represents that is so important. Is the idolisation of wealth and power or even modern science tested over hundreds or even thousands of years? Most often science minded people will refute were modern day science evolved from, mysticism and philosophy. Is it possible that these same people will refute where all creation has come from then?

Do I idolise all wisdom no matter where it comes from, either from the East or West? Considering that idolising is," Regard with feelings of respect and reverence; consider hallowed, exalted or be in awe of", I would certainly say I idolise wisdom no matter what that wisdom may be of and from.

Posted by Mathew Naismith at 08:42 No comments: