Surrendering Yourself to Honesty 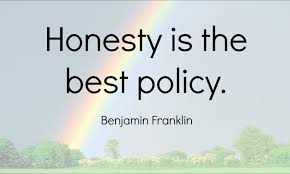 When I look upon another person, all I see is a reflection of me either that be something I desire to be of or not. This is how people like me truly and honestly look upon ourselves. We don't just try to see the reflections of good, positive and right, we also see the reflections of bad, negative and wrong. In a reality of numerous expressions of variations, I would simply be lying to myself, that I am simply beautiful, peaceful and everything else I desire to lie to myself about. Yes, I wish/desire to be only of what is pure but where not and that is okay, I surrender myself to this honesty.

Spiritually, I can sit within the best of them, in peace, harmony and stillness; I could not think of any other state I would desire to stay in more, of course this is why I will never become enlightened within my present consciousness. Enlightenment isn't about peace, harmony and stillness, even though this is it's affects, enlightenment is about facing the truth in what you are therefore everything else is, not what you only desire to be of. I was going to say I just lost half my readers, when the avid readers of my posts and blog's today know exactly where I am coming from, for they too are honest within themselves. They would have to be to still be reading my posts and blog's.

I have found the hardest thing for people to do is be of self-honesty, even a slight mention or reflection of self-honesty repels and/or defiles a lot people it would seem. How dare people like me be honestly self-reflective, especially while expressing that everything and everybody is a reflection of me, all of us. If you can think of the worse person in the world you would not desire to be a reflection of, in all honesty, if you like it or not they are simply a reflection of you. So should I dishonestly sit within my own space and only observe in other people around me what I only desire to be of or observe?

In my time while growing up, our culture defiled homosexuality. Some of my so-called friends actually went out poofter bashing, they of course asked me to join them but even back then, while being conditioned to that culture of defilement, I simply refused.

Where is the (I) when negative is separated from positive because we desire not to be of the negative, only of the positive? Do we really think that this kind of defilement and separation is going to improve our present existence? Of course in my early days, my culture was about judging gay people as something negative and straight people as being positive. How many people today are judging their reality as being positive and all other realities they have disdain for as being negative?

I am presently amused at how a number of westerners are jumping up a down about foreigners in their own country. There country is being invaded by undesirables. I find it amusing because it was acceptable for western countries to invade and defile other countries of the world, even under false pretences as recently observed, but how dare foreigners take over western countries in a far more passive way!! No, I don't like how disrespectful certain foreigners are towards a people who kindly opened their door up to them, but I am still amused at the reaction by westerners. How dishonest is their reactions?

You see, this kind of self-honesty is not very acceptable in a culture that defiles other parts of itself. In all, if you are of self-honesty, expect to be defiled and try to surrender to this kind of defilement. Accept that the reflection of other selves will do this as they see self-honesty as a threat to their reality, a reality often created on the back of dishonesty. Can you understand their reactions like in relation to gay people and foreigners? People of self-honesty are indeed a huge threat to realities based on self-dishonesty. 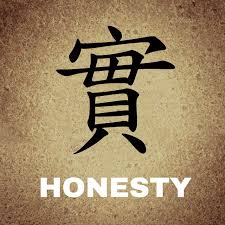 Posted by Mathew Naismith at 07:33 No comments: