Why Dimensions Are Not Levels!! 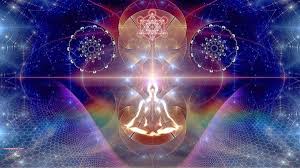 I was asked to elaborate on my last post about dimensions, I'm reluctant because the post I wrote about dimensions wasn't that well written, it also took me 4 hours to write, this is because I sort of turned everything upside down. Most concepts tell us that consciousness  starts off at the 1st or 3rd dimension and go from there until we become one with the creator, I'm actually advocating that all consciousness starts off at the twelfth dimension and can, but not necessarily, end up at the 1st dimension. Instead of a consciousness from the twelfth dimension progressing or ascending from this dimension, it seemingly regresses or descends from this state.

We have twelve dimensions, to a 3rd dimensional mentality these are perceived as levels, this is quite normal perception for this mentality of the 3rd dimension to have, this however isn't the same in dimensions of a wiser consciousness. There are no levels for a consciousness with no or little ego, only experiences to be had.

The only way to experience a true 3rd dimensional state, is to perceive in levels, however, these levels are determined by what a 3rd dimensional consciousness is aware of, if it's not aware of other dimensions existing, it's even unable to perceive these dimensions as levels. The 3rd dimension is all about measuring, if it can't measure it, it doesn't exist, this isn't the same in dimensions that are conductive towards wisdom. When their is no purpose to measure, there are no levels, this includes the twelve dimensions.

When a conscious becomes aware of these twelve dimension in the 3rd dimension, it automatically perceives these dimensions as levels, this is quite normal. This is when we perceive we have to be ascending from the 3rd to the twelfth dimension. Perceiving these dimensions as levels is actually a good thing because we will perceive to be ascending, you certainly don't want to descend to the 2nd or 1st dimension unless that is your intentions. Perceiving levels actually assist us in going to a more aware state of consciousness, people who can't perceive these dimensions, especially as levels, will most likely stay in the 3rd dimension or even go onto the 2nd dimension, depending on the intentions and mentality.

The ego actually serves us well here in helping us to perceive levels, the ego wants to ascend not descend however!!

Religion/spirituality: The role of spirituality/religion are apparent to me, they help keep us connected to the twelfth dimension, when we no longer use religion/spirituality, we loose our connection and become basically lost even at the soul level. Even the belief in a God of man or of many God's and Goddess's, assist us with this connection, these beliefs certainly didn't occur by accident, you could say they were preordained to assist us no matter what dimension we are experiencing.

The 2nd and 1st dimensions, or any dimension, are not levels, they are experiences. Levels usually go from the lower level to the higher, this isn't the case in relation to dimensions, you actually do quite the opposite so it's not actually a level we scale up, it's mentalities we experiences as we go through each dimension. These experiences are not bettering a soul or consciousness either, they are just experiences, yes, they can produce the most beautiful consciousness's/souls but this isn't an attainment/achievement, it's a privilege.
Posted by Mathew Naismith at 08:30 No comments: