Releasing Ourselves from Limitations 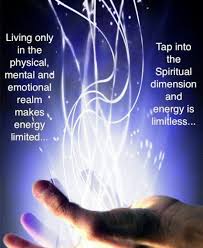 This post is a follow on from my last post, Pleasure Centres of the Mind. If your ego didn't like the last post, it is unlikely the ego will like this post. Put simply, the ego doesn't like anything that doesn't' excite the pleasure centre within a reality based on pleasures. Let's be honest with ourselves here, everything, including spirituality these days, is based on positive vibrations as opposed to negative vibrations, in other words what pleases the senses is positive, what doesn't is negative.

This is too obvious for people like me. I have become involved in numerous spiritual based forums in the last 8 (eight) years, too often has spirituality been based purely on what pleases the pleasure centre of the mind, the ego. This of course takes one to ignore and even denounce anything that vaguely threatens what pleases the pleasure centre of the mind. Most of the forums I have been involved in have either removed me from the forum or I removed myself from the forum. When you realise you are upsetting people's ego to no end, there is no point in continuing being involved.

Once our pleasure senses have been tantalised, anything that vaguely threatens this pleasure is denounced or ostracised. What seemed to have occurred is that spirituality is purely based on fear, while at the same time denouncing religion for being based on fear. This has been proven to me over and over again on most of these forums; people literally show fear of their own pleasures being threatened in any sense simply through their own actions. I should also point out I am still involved in certain forums/groups to one degree or another, probably because the people on these forums don't seem to see people like me as threat.

Are people like me a threat to the control the ego has over other people?

I have found it quite amusing over my time on these forums, I have also found it saddening that once again so many people are using spirituality to obtain and maintain a certain level of pleasure. This of course takes one to become deliberately unaware of anything that threatens these pleasurable experiences. Firstly, where is the oneness in this and secondly, it is obvious that such blatant ignorance will not lead to a state of pure awareness, pure bliss.

I will put it this way by using our present environment. A lot of people want to limit themselves to the light, of course this takes a lot of conditions (limitations) to obtain this in the first place. Would the Earth be as beautiful as it was if there wasn't a balance, a moderation, of light and dark? Now imagine the light controlling the dark through it's own conditions, it's own limitations, how beautiful would have the Earth been then? How beautiful is the universe with it's insurmountable contrasts of light and dark?

The light tantalises our pleasure centre when the dark threatens our pleasure centre, but what would the light create void of the dark, the yin void of the yang? The Earth as it was simply couldn't have existed under such conditions, such limitations, and what a shame that would have been for the ego not to have experienced!!
Posted by Mathew Naismith at 10:19 No comments: