A Reaction to the Egos Abusive Manner 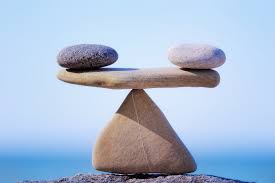 The point is, in a reality where the ego has become highly abusive to energy as a whole, balancing this out with the non-ego (egoless) part of all of us seems like the wise thing to do. In actuality, people like me are simply a reaction to an action hell bent on abusing energy.  It's not a counterreaction where a response is in opposition to an action, it is simply a reaction to the abuse of energy, especially when so many people want and even need to find an answer to our abuse of energy as a whole. In truth, to find an answer to the counteractive response of an abused energy. Make no mistake, an abused energy is in counteraction to the abuse it has received from the ego in control.

As I have stated in a previous post, the ego can never experience actual enlightenment, all that the ego can do is become aware that the egoless part of ourselves is of this enlightenment. The ego simply becomes aware of the egoless part of ourselves being enlightened, thus giving a perception that the ego has become enlightened. Yes, the ego becomes aware but not to the point of enlightenment, for the ego is unable to exist within an enlightened state for there is no ego in this state. Imagine ignorance existing in the same space of pure awareness, it is impossible unless the ignorance becomes aware of it's enlightened self. The last thing the ego in control desires to do is become this aware, however, the ego that isn't in control, in other words the ego that is simply being of the ego without being controlling, can become aware of it's own enlightened self.

So what's my point? To keep in balance between the ego and non-ego, in other words work in unison with the energies and creations of the ego as well as the non-ego. As I stated in a previous post, there is nothing wrong with materialism, it is simply that we abuse materialism as our controlling egos do of any energy. Yes, balance materialism with spirituality. Become aware that our controlling egos will be abusive to energy if there is no balance.

To become too spiritual in a material (physical) world is also an abuse of energy, the abuse of the material world in favour of a non-material world. What part of us favours one above the other? The ego in control. How abusive can the controlling ego be to energy as a whole? Your enlightened self, or as I prefer being, doesn't desire to be of one or the other, especially one over and above the other, it is what it is, nothing more, nothing less. In truth, there are no perceptions or perspectives of one being above the other in this state, it is simply ego and non-ego, abuse of energy or working in unison with energy. Imagine for one moment working in unison and in harmony with energy as a whole, this includes everything the ego has deemed to be negative or toxic!! I cannot express in words what would occur in this case, the egos perception of nirvana or unconditional love doesn't even come close.

Are people like me in counteraction against the abuse of energy? If a lot of people weren't even trying to become less abusive to energy as a whole, there would be no reaction from people like me. There is no point in awakening a controlling ego hell bent on ignorance, to try this would be a counterreaction but this is not the case. All we are trying to do is assist or guide an ego that is trying to become less abusive to energy, in other words our reaction is simply to do with their egos making an effort to help itself from being so abusive to energy. There is no way that people like me desire to assist a controlling ego who only desires to exist with its own natural environment. Yes, abusing energy is of a natural occurrence to a controlling ego. At no point to the egoless self is this perceived as being below the stature of the egoless self, it is what it is, an existence that can be experienced or not by the soul. Of course a soul that is humbling, humbling itself to the controlling egos environment is not a problem.

Who reads my material, is it an ego in control or an ego aware of it's enlightened self in some way, even subconsciously? The answer is too obvious to me for you are the one's I write for as well as myself, in actuality I probably write more for myself for I am definitely not alone.

Posted by Mathew Naismith at 09:35 No comments: