And The Truth Is?? 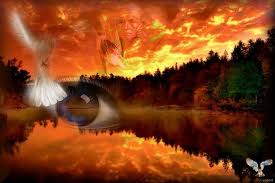 Who knows what the absolute truth is, what I do know is that the human psyche will only comprehend what it is conditioned to comprehend, meaning, the real truth could present itself without people knowing anything about it. It's strange to think that we have allowed ourselves to be conditioned to the point that the truth is no longer comprehensible to us, the truth is, this is the truth. If our perception is limited to certain perceptions, how is our psyche going to be able to accept the truth in any other form? It simply won't because it's no longer able to once we fixate ourselves to certain perceptions.

I had an email sent to me recently that was in reference to the terrorism going on in the world today, even though it made sense to a certain degree, I was utterly flabbergasted (bewildered) that so many people of European descent could endorse such an email. My response to this was as follow. 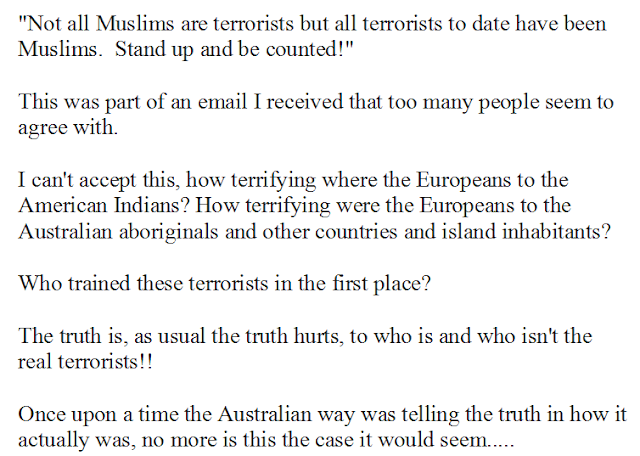 So to date, all terrorizing acts have been carried out by Muslims, any person of European   descent who knows a little about human history, should be aware that this statement alone isn't correct by a long shot. Our present history even tells us this statement is purely based on a destructive mentality. Any kind of mentality that is based on a obvious destructive mentality, is to me capable of terrorizing people, basically, conditioning people to express destructive tendencies. All that fear will create is more of what we are experiencing at present.

I'm certainly an advocate of expressing less motion thus lessening the ripple effect or put in another way, I'm not into the push and pull effect, pull something in to push something else out. This to a lot of people would seem like a contradictory statement for me to make, often are my topics controversial to start with thus usually creating a lot of motion and emotions.

This post, as of many of my posts are, based on a balanced mentality, I often give an unbiased perspective or a different perception other than what is accepted by the norm, the majority or people. My perceptions and perspectives usually give a balanced view, within this balance itself, there is little motion, however, because my perceptions and perspectives are unaccepted or incomprehensible for reasons already discussed, it's the reaction to my views that create so much motion. No matter how you express motion, any kind of motion will create even more motion.

Yes, even an expression of balance will create retaliative responses thus creating even more motion, this motion is usually brought about by a consciousness that is no longer conditioned to balance but an imbalance. If all you know and comprehend is imbalance, how is this kind of consciousness going to respond to a balanced perspective? It's going to retaliate only because imbalance is all about covering up the truth with lies and deceit.

Balance = truth the way it really is + creating a constructive mentality

Parts of this email were highly partial, meaning, they gave an obvious biased view, any kind of bias view is usually created from lies and deceit thus creating an even more destructive mentality.

It's got me totally flabbergasted in what we are doing, we want the best but we continue to express an obvious destructive mentality that is obviously imbalanced. It would seem people like me who try to express unbiased balanced views, are adding to the motions that are at present being expressed!!

A true balanced psyche will show patience for only in a balance mentality can we create patience......patience by the way takes a mentality to be balanced to create in the first place!!
Posted by Mathew Naismith at 09:40 4 comments: