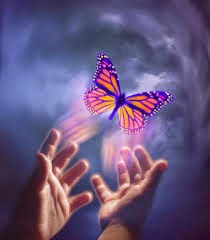 What is wise to understand is that when people like me seem derogative, we are not really being derogative, only a perception of negatives and positives will judge like this. If I call the human race a virus that is devouring its host, this isn't being derogative as there is no perception of a negative, it's simply stating a fact of how humans can behave. This kind of behaviour is quite natural for the human species to express up to date, of course if the human species allowed itself to consciously evolve even further, this kind of behaviour simply wouldn't and couldn't exist, I will explain.

OK, on one end of the scale negatives are ignored and/or denounced because they are toxic to our own positive vibrations. On the other end of the scale we have materialists who ignore what they have created, for example, child and adolescent prostitution. In the middle of the scale we have people like me who are not ignorant to these things, this is simply because these motions are not critically judged as being negative as it's natural for a leech to leech/sponge off of a victim/host.

Is the human species acting like a virus, a leach and a cannibal negative?

A spiritual person goes into a forest and immediately feels all these positive vibrations, this is while at the same time the forest is all about a dog eat dog world. Are other animals praying off of other animals, each other and plants negative, why is it then negative for the human species to act in this way?

Yes, the observer observes that some parts of the human species is expressive of these motions of the natural environment, this is completely natural for a species to do when it puts itself above all other species and forms of existence, the point is, not everyone of the human species expresses themselves in this way.

Yes, the human species is a part of nature but it's also a part of a different natural state of existence, an existence that is of the observer rather than a participator.

The observer can be of love void of having to feel love first to be of love, in actuality the feeling of love is negated through being love instead of just feeling love. The participator on the other hand has to feel love, within this motion it will never become truly of love because there is simply no observation of love, just participation of love. Can we stop acting like a leech, a virus and a cannibal if we are still in participation of these motions? Only through observation is human consciousness able to evolve, of course observation is of awareness, the more we observe, the more we become aware.

Yes, it's hard to imagine, in a reality, a universe, of a high degrees of motion, one seemingly has to express love to be of love, basically, to put love into motion. Imagine being love without having to feel love. It's hard to imagine only because we are conditioned to participation rather than observation. As there are no perceptions of negatives or positives in observation, there are no feelings of love, joy, harmony and so on, they are simply not needed to be of these motions. Imagine being of motions void of motions, simply a motionless state of being of everything void of judgment or bias.

Yes, the natural environment of motion, the universe, tricks us to think we have to put everything into motion to be of that motion, this could not be further from the truth for we are more than motion could ever express in one state of motion. Motion represents a very tiny part of who we are as a whole; only through being aware of this will human consciousness evolve. Yes, we are a part of our environment but only a tiny part, the rest is often obscured through excessive motion.

All of creation is not based on the perceptions of negatives and positives, good and bad, wrong and right, love or not love and so on, separation period, perceptions are simply created and perceived, they are not the bases of all of creation.

Yes, man could have been a butterfly, he simply chose differently........

Posted by Mathew Naismith at 07:49 No comments: 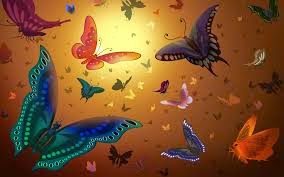 Some people are caterpillars, some people are butterflies but some are also pupating between these two distinctly different existences, does it matter which one we are and the answer is of course is no because we are all butterflies in a sense.

Does it matter if we pray, meditate, eat right, sit right and so on? No because everything in life is nourishment, some of these nourishments will assist us more but in the end it’s how we take these nourishment that matter. If a butterfly nourishes itself on the correct food it will become aware of itself quicker but does it really matter if it takes longer eating less nourishing foods? I suppose it does to the ego but that is all. Judging that we must nourish ourselves in a certain way otherwise we are not doing it right is of the ego and ego is one nourishment that can extensively delay or cancel out the process of becoming a butterfly.

Yesterday I participated in our annual pub crawl in Maryborough QLD Australia; to some people they would judge this as being so and so which again is of the ego.  No I wasn’t drunk at the end of the day, accept on life, but I was tipsy, actually very few people seemed inebriated on the day to any great extent.  Like I said many people judge this as being so and so and again judgment denotes ego and the ego is one nourishment that can extensively delay or cancel out the process of becoming a butterfly. In all does this even matter how we become a butterfly as long as we do in the long or short run? It doesn’t to me.

I thought I would share a few pics from the day. I should also emphasis they don’t call this day a pub crawl anymore but a pub fest which is more socially accepted. 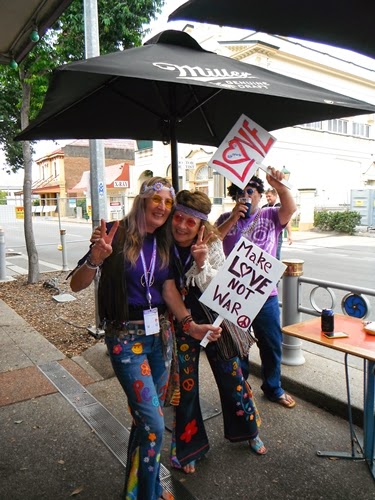 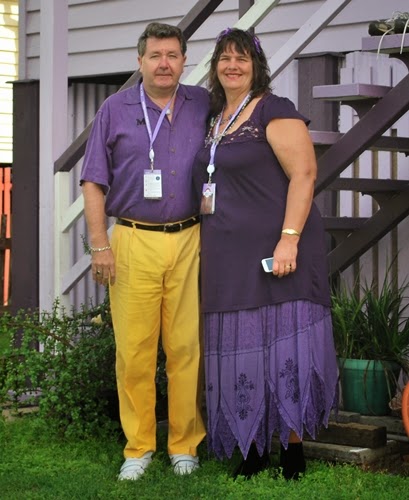 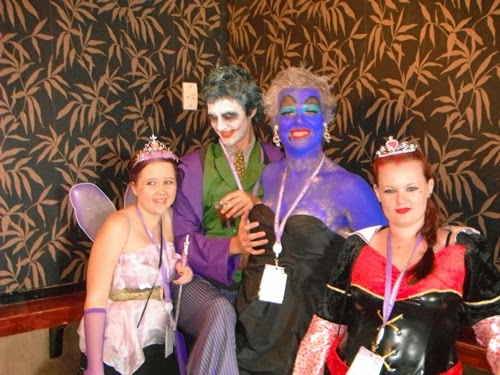 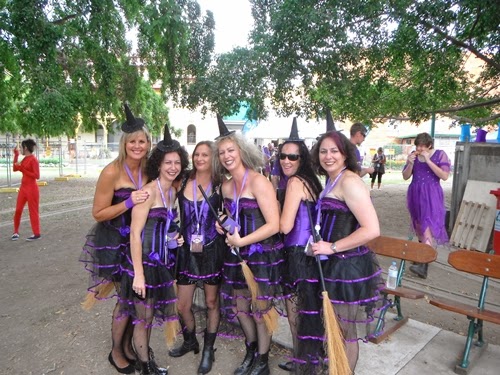 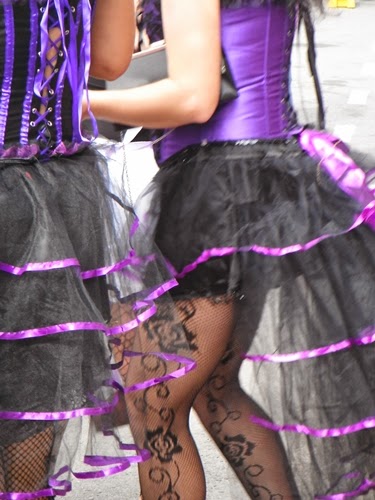 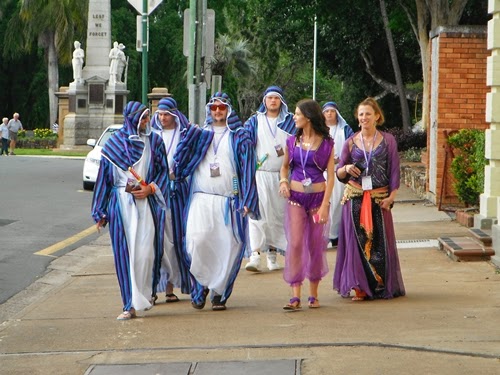 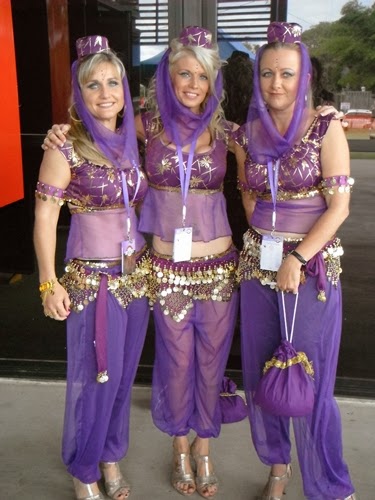 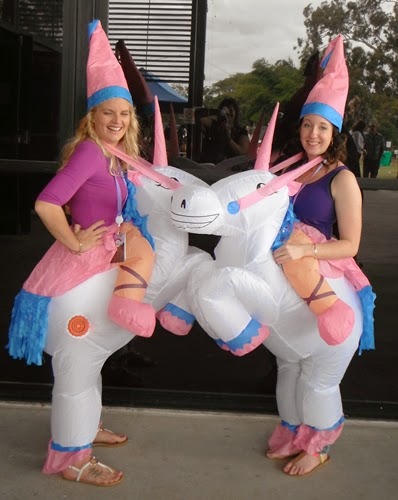 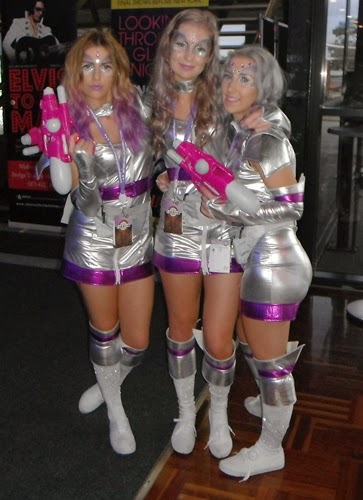 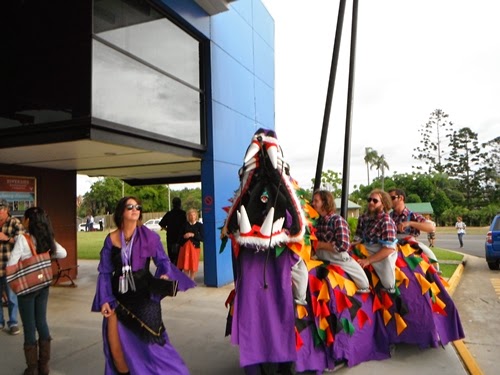 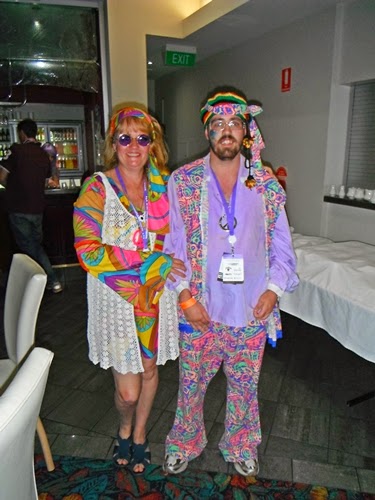 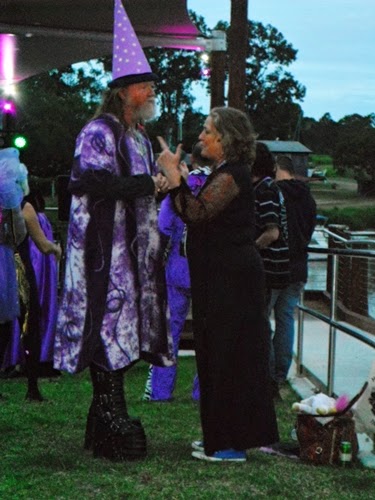 Posted by Mathew Naismith at 12:05 No comments: