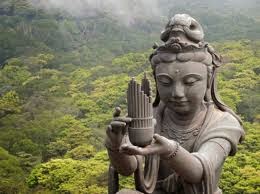 I should firstly point out that this post is referring to dreams when we are asleep, not of desiring to be a criminal in our conscious state of awareness.

Recently I have been having dreams of criminal activity of some kind in my dreams, either I’m a criminal and/or others around are.  This criminal activity always has some form of accumulation of wealth being carried out; I’m usually the one who is carrying the bag, so to speak, at some time in my dream.  You would think this would have to be a really bad insight which relates directly to me, in a way it is but not in the way you would first think!!

Being involved with the accumulation of wealth by me relates to me having fixations to material gain, and the criminal activity relates to an incorrect course of action by me.  Boy this sounds awfully bad, it doesn’t say much about my character does it? The funny thing is it’s not actually referring to my character but the way I am treading my path, so does this mean I have a desire to go out and indulge in criminal activity to obtain wealth of some kind?

No of course not, what it does mean is I’m still fixated to the material world and I am being told, through my dreams, this isn’t the way I should be going. Don’t get me wrong, I have no interest in gaining more wealth as I have what I need, most likely more than I need, so what does the accumulation of wealth in my dreams mean?  It just means I’m too fixated on the material world and that I need to focus more on being who I am and doing what I’m supposed to be doing.

I also crossed the Sydney Harbour Bridge, in good repair, which is an ached bridge, a very good omen. A brand new building was being opened up to the public, buildings usually represents our life achievements or our present state of consciousness, our present mentality either it be constructive or destructive.  So taking into consideration of other aspects of the dream, the dream isn’t stating anything really bad but a direction in the way I should go.

This direction I am being persuaded to go takes one to drop all expectations of material wealth and especially gain, it’s telling me to rely totally on the universal forces around me at present.  This means I am to hold no value on the material world as this will corrupt the rest of my journey; this is depicted in my dreams by the criminal intent in such dreams. This seams easy to do but it’s not.

When I don’t judge materialism as being positive or negative, it is hard for my human self (ego) to let go of such materialism, why drop something which I don’t deem as being necessarily bad or good? This is the dilemma, my ego doesn’t see a negative or a positive in a materialistic life style, it does however see it’s destructive tendencies but is destruction judged as being negative or positive by my ego?  Again no, my ego has actually created a paradox for itself, it’s a riddle, if destruction isn’t judged as being negative or even positive, is there a problem with a materialistic life style even though this kind of life style can be destructive but not always necessarily destructive?

The point is, is a materialistic life style constructive? A controlling ego would say yes but my ego says no, materialism doesn’t have to be destructive but is it constructive? A house is of materialism which protects us and our family from the elements; this is an example of constructive materialism so my ego isn’t correct either.  It’s a continuing paradox brought on by any form of ego expressionism.

So how do we dispel such a paradox? It would seem, going by the interpretation of my dream, I must stop listening to the ego period either it be controlling or not, this is represented by the criminal activity within my dreams.  I must in my dreams drop all intentions of becoming involved in any kind of accumulation of wealth within my dreams.  The accumulation of any kind of wealth within my dreams says that I value materialistic life styles; the criminal intent is saying this isn’t right for you to be this accepting of something that is known to be destructive.

This overall seems to be saying that I must become wholly constructive by accepting my release of such acceptance of destructiveness; basically it’s telling me it’s time to move on, it’s time for all of us to move on in our acceptance of destructiveness especially of our destructive mentalities and to relay on the natural forces surrounding us……We are indeed the people’s servants!!
Posted by Mathew Naismith at 09:36 No comments: