The Non-acceptance of Truth Today 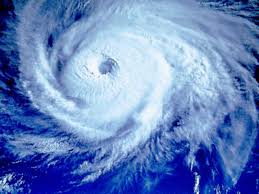 Today, telling the truth will not make you few friends but many enemies, this makes perfect sense in the age of false prophets, people and news. I have a lot of true friends but even more enemies; it's of course worth having more enemies because of the trueness of my friends!! I should also point out that the following will be quite controversial to some people.

So what is truth and whose definition of truth are we talking about?

Truth is defined as being void of bias, prejudice and deception while of observation. Observation being not of participation as participation can often give a false representation of truth. The more of the observer we condition ourselves to be, the more of the real truth we will become aware of, for example, the more involved in a specific ideology we become, the more bias we are likely to be. The amount of participation in anything defines how bias our perceptions will become; this is unless an ideology teaches one to observe as well void of bias, prejudice and deception.

The following is a reply I gave to a person recently I would claim as being wise. Its bible related by the way.

"For false Christs and false prophets will appear and perform great signs and miracles to deceive even the elect – if that were possible. See, I have told you ahead of time."

You can read this as people using the actual name of Christ to deceive, this is what people are looking for, however, Christ represents the word of God, how many people today act as Gods to the people void of taking on the name of Jesus but the representation of a God?

By not taking on the name of Jesus but acting as God's is even more deceptive. False prophets simply mean the average person taking on the role of falsity, they act on behalf of the self-proclaimed Gods while making out they are pure, they are wolves in sheep's clothing. This is how deceptive our current reality is, many people don't even realise they are wolves in sheep's clothing!!

How many spiritually aware people today critically judge the present reality as being negative, point blank? The perception of negative in opposition to positive is based on fear, the fear of being in the presence of negatives. A people living in fear are easier to control by the false Gods. It's certainly the age of false prophets/people.

Let's be honest, most people prefer to be lied to, deceived, as studies have proven, most people in the world accept lying (deception) as an every day occurrence in their own lives.

To lie, one would have to not accept part or all of the truth, even if it's only part of the truth, it's deception for only the whole truth isn't deceptive. Human consciousness only knowing parts of the truth about itself is deception, this of course includes me, the difference is, people like me know we are living a lie, in a deceptive reality. Now, try telling some kind of truth in a reality based on deception, you are going to receive a quick and often hostile rebuttal and/or refusal.

To only be aware of what one desires is a lie, to live this lie as the truth is pure utter self-deception.

Do we really want to lie and deceive ourselves any longer? The question is direct; the answers however are as ambiguous and numerous as the isms we hold dear and true.
Posted by Mathew Naismith at 09:02 No comments: 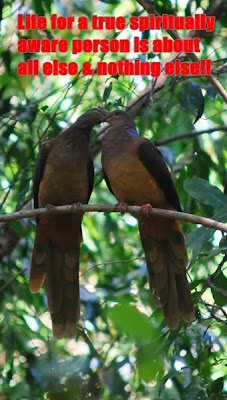 This is an interesting little discussion I thought I would share with you today; in discussing ways to improve the way we react towards each other.  One person pointed out the difficulties in the English language as follow. “As soon as there is an 'I' and a 'You' there is separation. Our language sometimes doesn't help, especially english because it is full of possesive pronouns like mine, theirs, and us and them. It makes english a difficult language to talk about spirit at times. Maybe if we become aware of the limitation of language we can sense the language that is more universal, that speaks directly to the heart.

Some people say matter is an illusion others say matter is all there is. I think that the 'illusion' is the identification with matter and the forms that it takes, especially the human form. It seems to be the predominant illusion at this time in the world. An overly material approach to life has caused people to turn their back on creation or even notions of a creator”.

Synchronicities playing her part here again because on another forum site I’m presently in a conversation with two people from India, the difficulties of expressing an ideology from another culture/language into English have come up more than once.

Getting back to this discussion, in my response to “How can Human Nature be improved for happy global life?” I wrote the following.

Taking into consideration that we chose to be here at this or any other time, understanding & acceptance is the key to global harmony.

A true spiritually aware person realises it's not about them but all else around them, Jesus & mother Teresa are good examples of this.

In many cultures we are brought up to be non-accepting of other cultural differences from ours, religion is a good example of this. What if all religions & other forms of spirituality for starters started leading the way to acceptance & understanding of all?

There are huge cultural differences between all of us around the world, we are not meant to understand all of what each & every cultures ideology stands for but have the understanding that other cultural ideological differences are a difference that’s all, there not a threat just a difference. We need to understand not everyone has to & wants to be like us, they have their own chosen path to follow as we do. Spiritually aware people must also realise not everyone wants to be spiritually aware either or ascend in some way, they must be accepting of this for they are supposed to be leading the way.   Displaying non-acceptance of the ego & judgment for example is actually displaying non-acceptance of others who have chosen to display egotistical & judgmental human tendencies, this won’t lead to harmony for all remembering being truly spiritually aware is never about ourselves.

We have judged judgement & the ego as being bad or inappropriate in some way but what we, spiritually aware people, are truly doing is judging other people with these so called inappropriate human tendencies which of course comes across as conflictive, unaccepting & non-understanding when we should be displaying acceptance & understanding of all. In the process of bettering ourselves we have forgotten our purpose, it’s about all others not ourselves!!