The Secrets We (All) Hold Within 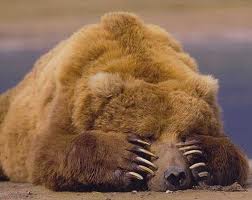 I have knowingly, while experiencing certain cycles, withheld secrets within myself, I have not allowed myself to know certain secrets within. We all do this knowingly or unknowingly but why?

I know a lot of other people think the opposite, this reality is this that or the other, it’s certainly not special to them. The thing is, you are supposed to think this otherwise how could you be as expressive of consciousness as you are?

Basically oneness is all about truth in it’s whole form, once you find this within, you have no more secrets that you are withholding from yourself, you have basically freed yourself from ignorance. Once we free ourselves from ignorance, a chaotic  expressive consciousness can no longer exist within your consciousness.

Supplement: There are people out there who are far far more aware than I will ever be, I have no intentions of  becoming this aware, not while I am able to be expressive of all of what consciousness is and not just be aware of this consciousness. It’s far more special to me being expressive of all of what consciousness is than only being aware to it, this is a very special reality/world. The thing is, the more aware we become of how special this reality is, the less expressive we will be, the choice is certainly ours, however, how long are we going to be able to be as expressive as we are without these expressions destroying themselves? The wise move would be to become aware of how special this reality and all it’s individual consciousness’s are before such expressions destroy themselves, the strange thing is, this destruction is but another expression of this consciousness!!
Posted by Mathew Naismith at 09:43 No comments: