The Darkness of Man’s Soul and the Light Within 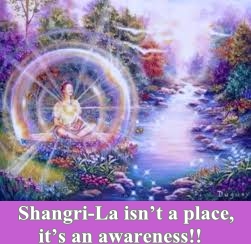 This isn’t altogether a dark post, actually there is a fair amount of light, more light than darkness within the visionary insights  I’ve been receiving in the last 24 hrs. Yes, this post is about obvious visions I have been receiving recently, it’s to do with a sickly colourless man sitting on a bench in a dingy dark corner of a room, imagine a dungeon except……

When I stand in the doorway of this room, I first see a sickly looking man, ill in some way because he’s skin looks grey and he is slightly stooped.  In every vision, it’s a different man but a man who is obviously experiencing  a dark existence all the same.

When I tried to approach this man to help him, I found myself being drawn towards his existence which was quite dark compared to mine, I backed off towards the doorway again, there was no way I was going to draw him away from his existence on my own. While backing off towards the doorway, I noticed a bright light to the left side of the room, this light was in full view of this man, he was not tempted at any time to walk into this light. “What will tempt this man to walk into the light out of his obvious dark existence?”

While standing in the doorway, a beautiful person gleaming with love appeared, without hesitating, the man began to move towards us.

I got a huge feeling that the man  represents the mind of man, in other words the soul of man as a collective, this doesn’t portray a very good view of man. The feeling I received from this man wasn’t good, the first word that comes to mind is distortion, a disfigurement of man’s soul through his own choice, except man is quite unaware of this disfigurement, it’s as if this kind of existence is normal and natural.

In a sense, this kind of existence is normal, it’s normal for consciousness’s that knows no better. It was funny that the bright light, in full view of this man, wasn’t enticing him, it was a warm glowing bright light but it wasn’t comforting to this man at all, actually it seemed more as a threat to him and his existence. This seemed to keep him in his existence,  it’s as if the light was opposing man and not trying to help him from his obvious dark existence.

The bright light seemed to represent the goodness in the world, it would seem these people of the light are most useful to this dark existence in various ways. It was quite understandable why this man was not going to go into the light, why be abused when you can be the abuser? No wonder this man seemed so sickly to me to the point of being feeble, darkness always needs the light to draw it’s strength from.

Now what about the person who was gleaming with love, what would they represent?

A collective for starters, I was unable to help this man on my own but as soon as another person appeared, everything changed, the man began to move towards us. At this point, the man was sucked into the light within the room, he too became the love within the world.

This light within  the room also didn’t seem to be enlightening to the man, probably this has more to do with the light not working together as a collective than to do with awareness. To me all light represents awareness, this is very much the same in switching on the light in a dark room, it’s enlightening. The light within this room, where the man was sitting, was all about awareness but not a collective awareness, the collective awareness to me was represented by two people standing in the doorway working together to help this man.

I’ve never had visionary insights quite like this before, it’s a good thing actually, it shows we are evolving, in other words we are collectively becoming more aware. I know why I wrote the previous post now.
Posted by Mathew Naismith at 10:00 4 comments: