The Death of Dying 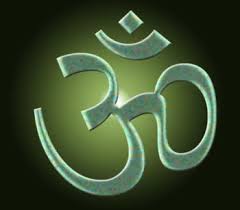 Bare with me, we experience things for a reason.......

Last night I dreamt I died by the hands of others just by being in the wrong place at the wrong time, I was murdered. What occurred next was interesting, one of the perpetrators put out his cigarette buy inserting it into my ear, I didn't feel anything as such but I did feel a sensation even though I was dead. As soon as this person did this, I instantly felt why he did this, it was to degrade my importance in life, this persons needed to look at bodies as just something to use and abuse even after death.

This sadly fits within the mentality of a lot of people today either it be a killer and/or an abuser, this can be anyone who just kills people or who corporately or politically abuses people even to death. The feeling I got was compelling and obvious, these people do indeed need to degrade others so they feel nothing when they abuse them. This conditioning practice of degrading can be physically and/or mentally applied, many people are conditioned from birth to be degrading.

The dream went on from this. I found myself trying to console my wife after my demise/death, I couldn't and it was quite frustrating not being able to do so. I knew she would never get over my death and this saddened me only because life indeed does go on.  Before I entered  the light the dream ended.

This morning I had to get milk from the corner store, while I was walking along I got the message to write about the death of dying, I had absolutely no idea of what this even meant, at first it made no sense at all until I related it to my dream.

As we became more aware beyond the perceptions of our own physicality, we realise life indeed goes on after our demise, this awareness actually brings on the demise of the belief of dying. This perception propels us into a reality based less on trauma and more on acceptance.

It's funny to think that I was so helpless and frustrated that I couldn't assist my wife to cope better with her loss, you just wonder if this isn't the case for a lot of people after they seemingly die, can some, or even a lot of us, feel this way for our loved one's left behind after their demise?

Now we might think if enough people adopt a more peaceful behavioural way,  this will spread throughout the world and stop people expressing this kind of  degrading mentality, it would be nice to think so but it didn't work before in human history, why should it work now?

People like Jesus and Buddha where a lot more compelling than anyone present today, they were obviously very well connected to the source in one way or another, why then didn't their teachings and mentality spread throughout the world and stop our degrading ways? Yes, to a point their kind of mentality made a difference but even they couldn't influence the rest of human consciousness to desist in their degrading ways. This degrading mentality is just as, if not more, prevalent than ever even when people like Jesus and Buddha had thousands of followers expressing their kind of mentality.

When you have many more or even an equivalent amount of people expressing themselves in a degrading way, this will off shoot any constructive influence from people like Jesus and Buddha and their followers. Is a more constructive loving consciousness more influential than a destructive degrading consciousness? You will find where the controlling ego is concerned, the latter will rule even when less people express this kind of degrading mentality.

The demise of our perception of death helps us to be more expressive of a  constructive mentality, no one who is into a degrading mentality will want to know of our eternalness for two good reasons. One, there could be a price to pay for their degrading ways after physical death and two, any existence of an eternal existence will make a degrading life seem like an utter waste of time no matter what possessions they have accumulated in the process. These people/souls could have to go through a long period of utter remorse and misery themselves, this is why so many of these people will probably never accept our kind of mentality, they can't.

These people also think they a stronger than a person who takes on the personality of Jesus or Buddha for example but their not, they are far far weaker, they have given into a controlling ego to start with, their strength is in their control but it's the ego that has control, not them themselves!!

My dream was certainly a reawakening, not just of the atrocity of certain people but of life after our so called death. It is obviously much more constructive to be aware than to be unaware, what truly aware person would take on expressing themselves in a degrading way?
Posted by Mathew Naismith at 10:34 No comments: