Is Being Ego Controlled Evil? 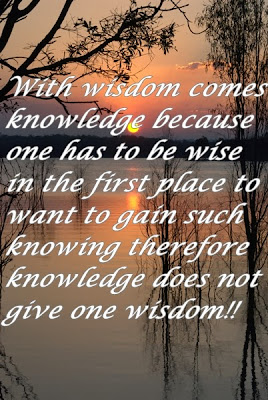 This is an interesting discussion on IONS discussing the History of the Devil which seems to refer to the controlling ego as being the devil inside all of us.

Reference to: History of the Devil

Highly recommended to watch the documentary prior to commenting.

In an attempt to unite the contrasting and varying degrees of understanding of topics discussed on these boards, including some of the internal dissension I have witnessed recently, I would like to post this video as simply something to think about and share comments and insights, including - especially and specifically - how we individually witness the "devil" within ourselves.

Sadly enough I'm on limited downloads so I can't watch the vid.

Reading both comments it would seem you are talking about the ego being the Devil, couldn't agree more. Who in this reality doesn’t have a controlling ego to contend with? Very few of us, even the ones who say they have no ego are obviously controlled by the ego within their responses/comments. I call this the hidden ego which is worse than expressing the ego freely & uncontrollably because their living an utter lie, their egos want them to believe they are egoless or at least have the ego under control but that is the ego telling them what they want to hear.

This comes down to if we all contend with the ego what does that say about society as a whole, is it evil?  The answer would have to be yes, if it’s ego controlled it must be evil however on the other hand if the ego had no or little control what would that then make society? The opposite of evil which is good I would presume.  It seems to be obvious to me that we are living & being evil in an evil reality if we allow the ego to stay in control. No wonder we are destroying this reality at an alarming rate!!!

You do have a problem with me I feel.

RE: "Ego is not evil and it does not deserve to be vilified by being equated with the Devil."

Of course your ego is going to tell you this; it doesn't want to hear anything to the contrary so it will want you to stick your head in the sand, how do you think the ego works?

Ego is a natural phenomenon in an egotistically controlled reality, most definitely & yes like I have stated myself many times, without the ego we wouldn't do anything because it's the driving force behind all of what we do however this would be fine if the ego wasn't always in control of us.

It's when the ego is controlling, which has always been going by human history, that gives us evil intent. If for once we brought in a bit of wisdom we would be aware of the controlling factors of the ego to make a better existence for ourselves but the multinational Gods of the church of consumerist materialism don’t want this to happen obviously.

Yes I am one person who would be quite content in living in rags with a meagre roof of some kind over my head, I've been there.

The varied degrees of evil intent I feel is in line with how controlling the ego is & of course the more controlling it is the more evil intent we express but does this actually say we live in hell? Well not really because this is defined by our own perceptions of hell, most of us in the west have a picture of fire & brimstone with an evil demon on the throne. I don’t really perceive myself living in hell however I can see others living in hell. The more we are expressive or influenced by the controlling ego the more we will perceive we live in hell.

Recently on this IONS site I was in discussion with someone who said war is good, this to me denotes the ego being in control. There is also another discussion on IONS about “Can we think our way out of extinction”, my recent reply was as follow.

This supposed new way of living & thinking is still witch hunting, the ideologies are still based on fear, our emotions are still dominated by the controlling ego & we still have a warring hierarchy of dominance. All of what is mentioned here has always been in one form or another, all we have done is modified & disguised what has always been, the same mentality still exists from warring tribes.

Recently I was told war is good, see how much our mentality has changed, it hasn’t so how are we going to think our way out of extinction? Change the way the ego controls us because after all we are the ones in control not the ego however the current system/ego wants you to believe otherwise.
Posted by Mathew Naismith at 08:46 No comments: