Moving on - A Resurrection of Awareness 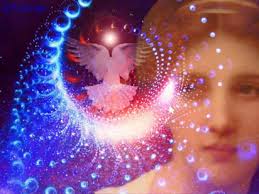 However, we do have a right to influence our immediate environment and to disallow any controlling abusive ways to influence us. This of course is always going to be difficult for us to do at times, after all, we are not existing in a non-abusive non-controlling reality to begin with.

In recent days, my world has been sort of turned up side down emotionally, my siblings are, in my mind, reacting quite badly to my mothers imminent demise, in actuality, they are abusing my mother, my wife and myself.  When I stepped back and observed what is going on, all I could see is an excessive amount of control, such expressions of excess will of course create a very abusive environment.

My siblings and myself were brought up in an abusive controlling family environment, my siblings obviously reacted to this in one way and I the other. They seemed to have allowed themselves to become conditioned to the abuse and control where's I allowed this abuse and control to make me more aware of the destructive attributes of control therefore abuse. Yes, any sense of control is abuse in one way or another, only a controlling ego would say otherwise.

The following exchange between a friend of many years ago and myself on facebook is as follow.

Gina Hodgkin I have done the same. I also blocked them. I'm so sick of the lies that continues to come out of that person mouth. It is sad when you are left with no choice but cut off other family members because of someone else's bad behaviour. I feel for you

My older brother sees himself as some kind of spiritual guru, he got upset with me because I was expressing personal family experiences, the thing is, we don't even own our own thoughts, therefore, how could we have actual personal experiences. My spiritual guru brother is obviously still into ownership. We don't own anything and that's a huge relief to me but to anyone into control and abuse, the thought of not even owning your own thoughts is psychologically catastrophic to them. It's like a drug addict, any hint of taking their comfort blanket away from them is psychologically catastrophic to them, this is why they so often lash out at anyone threatening their addictions and fixations.

You don't need to feel for me Gina, even though I do appreciate your kind loving thoughts. I've leant so much from my abusive controlling family. Unlike my siblings who are conditioned to abuse, abuse made me aware, I did not allow the abuse I've experienced to condition me to abuse.

Even though my mother was quite abusive in her life, she doesn't deserve being abused. My mother knew no other way to be, I understand that completely. Yes, like myself she could have rectified this but I think the life she chose wasn't conductive to this.

Keep well and Happy Gina, life is full of pitfalls but from this, comes light but only if we keep pulling ourselves out of these pits and don't become a part of the pit.

PS By the way, thanks,  I knew I had to write about my recent occurrences but I didn't know how to write it, our discussion is going to be a part of my post on my blog.

Indeed, don't be fooled, control and abuse is addictive therefore it is wise and advisable not to outwardly change their own environment we are presently experiencing. Yes, we know, there is a better more constructive way to exist but they don't want this, they want to stay addicted to control and abuse and yes, they too have a right to do this especially within their own environment!!

We are the foreign matter or aliens within an environment that is alien to non- abusive and non-controlling consciousness's, this is obvious!!
Posted by Mathew Naismith at 10:03 4 comments: