The Face of Evil - We No Longer Belong 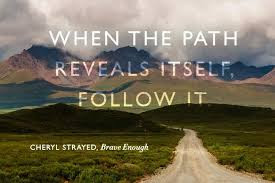 While talking to various people recently, it is obvious that we are not happy with what is going on in the world at present, we are just not happy being apart of the reality hell bent on anything but peace and acceptance. We feel we no longer belong but this isn't a bad or negative thing. Just imagine accepting what is going on in the world at present and doing nothing, on top of this, feeling there is nothing amiss in the way human consciousness is expressing itself at present, I think feeling we no longer belong is much better motion in my mind.

Fight Against Evil: My country , in WWII, fought to help stem Adolph Hitler's Nazi regime and fascism, we fought against the face of evil, a consciousness hell bent on destruction and war and the pilfering of other countries assets. Today, , the , and other countries, have continued where fascism left off. We have now sadly become apart of the new face of evil in the world, it takes very little research to find this out, however, you have to want to become aware to realise we are indeed the new face of evil in the world.

There is nothing new in feeling like we no longer belong, thousands of Germans felt the same in post WWII and during WWII, many of these people died believing that their own country was going down the wrong path, Sophie Scholl was a prime example of this during WWII. Many Germans could see destroying itself all over again as WWI was devastating to . Quite often the people who didn't support this fascist regime were murdered, this again is occurring. I understand in recent times, eleven (11) natural therapists of high stature in the alone have been dealt with because they didn't support the present regime multinationally.

It's quite shocking to me to realise that is right behind this new face of evil in the world today, I now know how certain German people felt prior and during WWII. I'm utterly bewildered that my kin in WWII fought to free us from this evilness and we ourselves are now apart of that same evilness that cost so much in WWII, in actuality in certain circumstances, this evilness is far worse. I'm not sure how nations and the UN can sit back and allow international laws to be broken numerous times over, in fact nations like are in support of such actions. To also allow women and children to be deliberately murdered and the pilfering of other nations assets to go on and on, isn't a sign that a nation/nations are for peace and acceptance, it's actually a clear depiction of the face of evil.

The common German people, post WWII,  were in peril from within, this was evident as a certain class/race of people lived off the squaller and misery of the common people. What's occurring today?

In spiritualty, we are conditioned to not judge therefore react to such destructive motions, all I see in this is that we have been conditioned very well, by the face of evil, not to react. We are also conditioned to not express the ego in any sense, this of course also means we are not allowed to react to this face of evil. Sorry, but just sitting there in your own separate peace is fully endorsing destructiveness, I really didn't think spiritualty was still as destructive as always. Spiritualty to me shouldn't be as supportive as it is to any kind of destructiveness period, the face of evil wants you to just sit there praying and meditating for peace while within your own peace.

Yes, I'm an advocate for non-extreme motions and reactions. As of people like Sophie Scholl in WWII, peace will only be sought through peaceful means, not an all out war which would be exactly what the face of evil wants. What did WWII accomplish in regards to the face of evil? Absolutely nothing accept to give the face of evil more power and control over the masses, you cannot expel such evilness on evils own terms, it like picking a battle field that best supports your foe. No, people like me will fight by not using any kind of extreme motions as all extreme motions cause is more motion, we certainly don't need more motion in the world.

We might ask when has peaceful motions ever expelled the face of evil? Even if one third (33%) of the German people motioned for peace instead of war and destruction, WWII would have still raged on, it's even doubtful if half (50%) of motioned for peace, that the destruction would have ceased. The reason for this is allowing this kind of evilness to take control in the first place, once it has a hold, it needs very little direct support to sustain itself as it relies entirely on fear to quell even a majority people. How many spiritually aware people these days fear expressing any kind of ego? We are conditioned more than ever to serve the face of evil.

Alien Influence: This is the strange thing, I have the understanding that a number of nations around the world are listening to aliens that have crashed into our planet, to me, crashing into our planet doesn't sound too intelligent to start with. These aliens seem to be influencing the controllers of these nations to go out and take control of the world no matter what the circumstances are as this worked for them.

I agree with not interfering with other people's paths as each person has their own path to tread, however, we are all on the same human journey which we have a right to influence, this also means influencing human consciousness with consciousness's that are not based on destructiveness, the face of evil. This occurred in the antediluvian age but I won't go into this in this post, however, a consciousness of peace did prevail over a consciousness of war in the end.