The Graceful Swan Within

I awoke this morning to thoughts of us all being graceful swans, the only violence we have is the human in us for only the human knows how to destroy violently without provocation. The human self either bows to being violated and/or being the violator itself, in either case, we are endorsing violence, this is the situation humans have put themselves and everything else around them in.

Are we this human or are we something else?

The graceful swan: Not many of us see ourselves as a graceful swan, this reason for this is simple. The swan is a graceful display of ego without a doubt, the swan has no egoistic tendencies beyond the simple simplicities of ego. Humans are different, the human spirit was once a part of the swan too, until the human ego took control a tricked the swan in us all to display egotistic traits to the extent of becoming egotistical.

In truth, the swan wasn't tricked but flew away from what the human self was doing. In truth, it was the human egoistic self that was tricked in thinking it was in control, when in truth, it is being controlled.

The swan within us all is not like this, it's graceful without being egotistical. We might think this would take a lot of effort for the swan to control it's egoistic tendencies, this isn't so, simply because the swan is just being within it's environment without trying to control it, is the human self able to do this? Once we lose the swan within us individually and collectively, we lose the ability to dispel being controlled and controlling.

No matter how graceful the human self tries to paint itself up to be, it just hasn't got the gracefulness of the swan. If the human self is supposed to be so much in control, why is it still trying to be a swan? 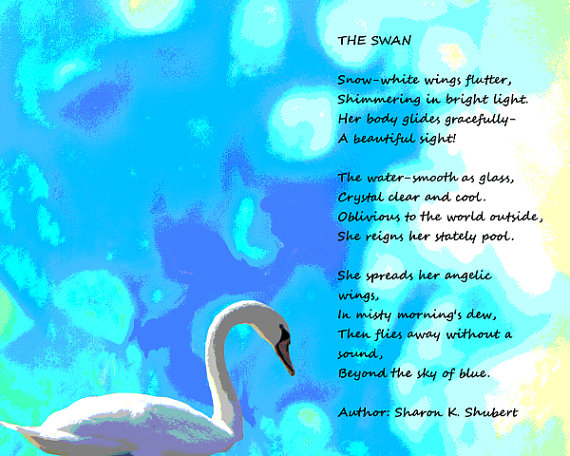 What else can I say from the poem above, we are all of what it says, we think we are only human when we are also the swan. Once you take the yin from the yang, the swan from the human self, what are you left with? A puppet of it's own devices but at no point is the puppet or the puppeteer in control for they are one of the same once the swan, the yin, is no more within......
Posted by Mathew Naismith at 11:03 No comments:

Going Beyond the Souls Perceptions 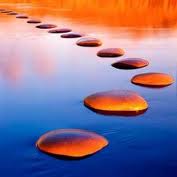 The question is now, can we perceive beyond the soul? Would we really want (desire) to do this, why would we want to do this in the first place, really? Why not just allow the soul to go with the flow and express this consciousness as it’s obviously supposed too.

Then why astral travel, it’s the same thing, which leads to the human self becoming more aware? The soul allows consciousness itself to become more aware of itself through it’s individual expressions of itself. This is because consciousness itself is unable to express itself without individualising itself, it’s aware of itself but it can’t express this awareness when whole. This is like the more humanly aware we become, the less expressive we are , this is mainly due to being aware of how the ego influences us to be as expressive as it is. We express anger and hurt less, however, you could say we express more love and understanding but love and understanding isn’t an actual expression if expressed without being influenced by the ego in anyway.

Only through the ego can we be so expressive of consciousness itself, anything else  not of the ego is a natural occurrence as there are no intentions, this means only through the ego can we express intentions. True love and understanding takes no intentions as this comes naturally through becoming aware, however, to become aware in the first place, you need to be expressive of consciousness in various ways at the soul and human level. The ego, and even egotism, is worthy because they are a part of the process to becoming aware and naturally loving and understanding. This also means intentions are also a part of the process of becoming aware especially at the soul level.

I feel there are two reasons for this awareness, one, we are at a very destructive time in man’s history, we need, as opposed to desire,  to become more aware of who and what we are to save ourselves from ourselves. The second reason has to do with the natural process of things, we are at the stage of naturally becoming  aware of beyond  our human and souls perceptions. You could say this would mean we are no longer going to be able to be as expressive of consciousness itself but that’s not entirely true. Becoming more aware and perceiving beyond the souls perception is also a part of this consciousness’s expressions, it’s all a part of the process. Yes, once this process has run it’s course, we will no longer be a part of expressing this consciousness, we will no longer need a soul in other words, however!!

You actually at the soul level have a choice here to either go on being expressive of conscious or not, many people today who are aware of perceiving beyond the soul now have this choice.

This consciousness is aware and enlightened until it expresses itself through individual forms, it’s seemingly obviously unable to be expressive of it’s enlightened state through it’s individual expressions.

There however is something else to consider here, isn’t consciousness itself, by being so expressive of itself in various ways, becoming more aware of it’s own expressions through expressing itself in various ways?  Consciousness is basically expressing everything it’s aware it is, in other words every individual expression is an expression of consciousness’s awareness of itself.  If you are able to express your whole self, you are one with yourself. Basically, consciousness itself is showing how of oneness it truly is, it’s totally accepting all of what it is by the way it expresses itself, there is no judgment of what expressions are worthy or unworthy here.  As soon as you judge a worthy or an unworthy, are you one with yourself?

People like Buddha, for example, realise what they are being tempted by is within them, it’s a part of them, however, the reason one is not tempted to express such temptations is due to being aware of all of what they are, not just what the controlling ego tells them what they are.

The soul is also not all of who we are, it’s but one of numerous expressions of consciousness itself, but collectively, all the souls make up a collective singular consciousness.

We have always known it’s worth being aware beyond the human and souls perceptions because that is who we are as a whole.
Posted by Mathew Naismith at 15:45 No comments: