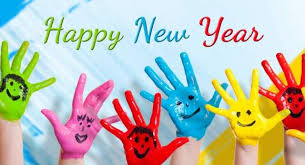 So what happened to all the predicted positive loving spiritual manifestations once again, in a year of predicted great spiritual evolutional change? Bewildering isn't it?

Firstly, try to understand, it is not all about the human self becoming enlightened or becoming ascended in some way. As a lot of people say, it is the soul having a human experience, which means life is really about the souls transition, not necessarily the human self's transition. Don't get me wrong, the two can go hand in hand, meaning, as the soul becomes more enlightened (aware), so will the human self. The problem is, most often the human self will become more unaware, not more aware. We often expect and even demand that we feel good all the time, for this is what spirituality is about!!

This expectation is simply created when we start to feel good in a chaotic abusive reality. Because we start to feel good through becoming more aware, we then think this is what spirituality is about. We then deliberately ignore all the deemed negatives in the world to feel even better, for only through doing this can we feel even better. This is while other people in the world are far worse off, mainly because they are being ignored themselves or their situation is deemed too negative to become aware or stay aware of.

If you look upon the abuse in the world and all you see and feel is negative vibrations, as opposed to your own vibrations, this is anything but positive, of love and light or of God. How many people look upon the violent destructive sun as simply being negative, a negative we must ignore to be positive? If anyone in the world is suffering even more because we want to be positive, I wouldn't myself call this positive. As I stated in my last post, often highly abusive energy forms will often deceive to obtain what they desire for themselves. This often entails to deceive people into feeling good while being abused and the abused eventually becoming abusive themselves. Ignoring the negatives in the world is highly abusive to energy as a whole, especially if this is done to simply make ourselves feel even better and better.

So being positive is ignoring all the suffering in the world so we can feel even more positive, this is so we can manifest a more positive loving reality!! This really makes no sense to someone like me.

As of the sun, that is far more violent and destructive than man is at present, don't look at man as being negative, look at man as simply lost within his own creation, for he really knows not what he does. How often do you look at a person lost in the bush, (forest or wilderness), as simply being negative? So why express disdain towards the human collective consciousness lost within its own creation? When you go into the bush and get lost, you have created your own environment to become lost in; the collective human consciousness is no different to this.

People like me don't expect or demand to feel good, however, we also don't expect to feel bad either for there are no expectations or demands. Not an easy thing to express in a reality such as this, where we expect or even demand so much from our environment. If you had any idea what actually exists as a whole, you wouldn't expect too much from a reality such as our present reality. In actuality, you would go with the flow more and not critically judge so much of this reality as being simply negative. Just by the reactions of people towards this reality, people like me know how aware or unaware people truly are.

Energy; such as our environment, which includes our body and mind and the universe as a whole, is not there to serve our desires or to be abused, it is there to simply be experienced. Of course abusing this energy will create a different experience than working in unison and in harmony with this energy, it is all apart of creation.

So what actually occurred in 2018, who benefited from 2018 spiritual manifestations?

Countries like Yemen and Palestine don't think much of what spiritual manifestations have created in 2018, in saying this, multinationals, Arabia and Israel certainly benefited by these manifestations. This reminds me of the time when certain North American Indians got together to pray and chant (manifest) for peace, they were of course massacred by a Christian cultured civilised people!!

These Christian cultured civilised people also saw themselves of being of love and light, a civilized people as opposed to a barbaric (negative) people trying to pray and chant for peace and the acceptance of being of equal quality. It is not the first time a certain group of people have deemed everything not of themselves as simply being negative!!

In 20189, try to stay away from the deceit of everything not of yourself is negative, therefore suffering should be ignored at all cost to create our own perceived and desired reality.

This is funny, I am an advocate against abuse, but I don't critically judge abuse as being simply negative, end of story, to manifest my own desired reality.......

Posted by Mathew Naismith at 09:48 No comments: