We Know Not What We Do 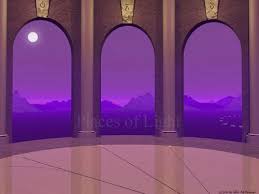 These kinds of things simply come to me without exerting any effort; it's simple because there is no effort involved. I think the people who experience this as well will know exactly what I mean; it flows because you are going with the flow.

I don't always go with the flow; this is because I accept that being a part of a reality like ours, going against the flow is a part of this reality. However as of always, balance between going with the flow and against it is always a wise thing to do; everything in moderation no matter how good or right it feels.

The whole self = Our natural flow

Part of the whole self, our present reality = A flow that goes against the natural flow

Being the rock in opposition to its own environment is going to lead to what it's always lead to, its own destruction. Of course any energy source in opposition to its own environment causing its own demise is a part of the natural flow of life also. If we are going to continually act like a rock going against the flow, we will naturally cause our own demise, however, if we choose to be a rock going with the flow or become the fish instead, we will be naturally going with the flow of life.

Is a fish going against the flow judging the water negative while swimming against it?  Only a rock going in opposition to the flow could think like this.......

Posted by Mathew Naismith at 09:18 No comments:

Living in the Quietness of Timelessness 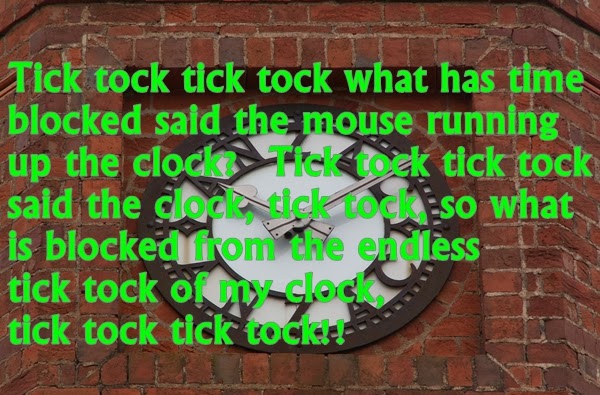 This is sort of going on from my last post titled Inspiring Confirmative Video as this lovely published video depicted quite a contrasting existence between being in time to being in timelessness. Allowing time to influence us without the awareness of timelessness has indeed given us the illusion that this is all we are however I don’t believe time itself is an illusion for the main reason nothing can be created in timelessness. There is no starting or ending point of creation so we wouldn’t be able to even experience illusions as illusions also need to be created.

Spiritual awareness gives a more collective view of ourselves, we are now a larger part of consciousness/of the rock than we were before becoming spiritually aware & the more aware we become the bigger the grain of sand or portion of the rock/consciousness we become. It’s important here not to think of consciousness as being physical in form in anyway; we are after all just a vibrative mass. We are made up of a collective mass of vibrational frequencies that is all!! If we can perceive ourselves not being just this crude matter but an intertwined mass of vibrational frequencies understanding what is being portrayed here will be a lot easier.

As explained in older posts of mine, different vibrative frequencies are able to influence other vibrational frequencies like with cancer for instance. Cancer influences our own vibrative frequencies causing a disruption to our own frequencies. Each cancer has it’s own vibrative signature which of course is going to affect a different part of our body because each portion of our body is vibrating at a different frequency which gives it it’s form. This is a very good reason why we have always looked at vibrations to help us heal like with praying, chanting, herbs, meditating & even using musical instruments & now modern science is looking at vibrational frequencies in the healing process. In physical form we are always influenced by other vibrative frequencies around us no matter what, consciousness itself is no different when fragmented within time. By becoming spiritually aware we are forming together & influencing a greater mass of vibrative frequencies, we are becoming less individualised by fusing parts of the rock/consciousness back together again.

This is normally achieved through realising we are immortal first of all which means we are not just of time & of this fragmented rock/consciousness but of something immortal & of timelessness but most of all we are the collective consciousness itself within it’s totality.  Within this collective consciousness lies serine quietness mainly because there are no conflicting vibrational frequencies influencing each other to be something different to what they are for the main reason the rock is whole again within it’s totality even though the rock is built upon with different frequencies like our human body. The rock itself has no other rock/consciousness to influence or be influenced by thus pure serine quietness befalls upon the rock/the consciousness of man. This is pure unadulterated oneness brought on by living in the quietness of timelessness.
Posted by Mathew Naismith at 10:07 No comments: