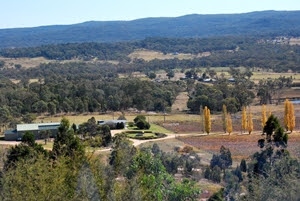 The Invasion of Fear: I awoke to a strange subtle noise at about 1:15 am not knowing if it was in our house or not, I then decided to go to the loo & as soon as I made this decision a thought came into my head telling me there is someone in the house other than my wife & I. Of course I shrugged this off being half asleep & walked to the foot of our bed which looks out into the lounge room, all of a sudden a figure of a man ran by our door up the hallway & jumped out the window. We live in a high set house so this was quite spectacular. I froze in shock for a moment at the foot of the bed feeling  a strange sense of fear come over me, this was all the time he needed to make he’s get away.

Why was I fearful when I should have been angry which froze me, was it because of the surprise of it all or was I being just fearful for our lives?  Because this type fear only lasted a few seconds it would seem it was because of the surprise of seeing someone else in the house at that hour of the night & of course being a pacifist added to this at that precise moment. But this fear wasn’t just from me but I’m going to presume from the assailants as well remembering that when I decided to go to the loo in the first place I had a message telling me there is someone else in the house, I was obviously connected. Was the perpetrator or perpetrators surprised by my awoken state & would have they not been fearful of their own lives not knowing my capabilities & what sort of defensive weapon I might have. If the person or persons didn’t fear why didn’t they come into the room where my wife & I were sleeping?  It was obvious they were in the house for a while as a few of the draws were still open in other rooms so why didn’t they enter into our room if they didn’t fear?

I’ve feared for my own life previously because of certain situations I was in at times & it felt nothing like this, I had no gut wrenching feeling but what I did feel was sudden terror of being entrapped which gave me a sunken feeling which froze me for a few seconds. Was this fear I was feeling to protect them or my wife & I as I’m not a small person & when riled I’m quite aggressive? In actual fact I think it was to protect all of us.  If you have never felt someone else’s fear the difference in feeling your own fear to someone else’s is quite amazing however just as disturbing. 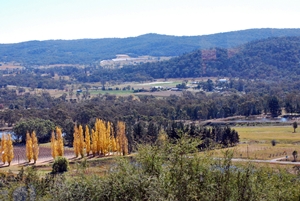 The Right Choice: After the police left my wife & I had a strange feeling at the exactly same time that is was alright, not that it was alright  because there was no more danger or we weren’t hurt in the first place but a sort of alright that our privacy was interrupted, we both had a peaceful feeling about what had just occurred.  The next day we pretty much felt the same way however we felt more violated & disappointed in the people who interrupted our privacy but in saying this we still didn’t have any anger towards these people.

So did fear save us all from further discomfort? If I didn’t have that precise moment of fear which froze me for a few seconds I probably would have apprehend the assailants whom for them would have meant being physically hurt & entrapped or myself being hurt or even killed.  Fear has a place in human society that can obviously stop people from being hurt in some ways or it can be detrimental to ourselves & others, was it detrimental for my wife & I because we lost valuables or was it beneficial in stying clear of conflict? For me valuables mean little except for our lives which are to me very valuable however conflicts aren’t worth the bother so I would say what I felt & accordingly did was beneficial. Positive fear at its best however I could have easily gone the other way if I didn’t feel their fear which could have been detrimental to all of us.
Posted by Mathew Naismith at 12:47 No comments: