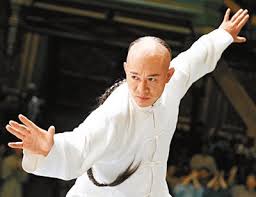 Look around you, everything is energy and can be both controlled and manipulated or you can work with and in unison with this energy, there is a huge difference. A martial artist, with the knowledge of Prana or Chi energy, is working with and in unison or as one with their own and their environments energy. There is no sense of control or manipulation of energy. All that one is doing is influencing energy, in harmony with this energy, with Chi and Prana energy, working as one energy source instead of separate energy sources. In martial arts, you often influence another person's energy to work against them. It's their own energy that is disharmonious to themselves!!

We are not talking about being more powerful here, even though through our present perceptions this would seem the case. What we are talking about is being at one and being as one with energy as a whole. Imagine all energy in existence acting and being as one in unison and in harmony!! In regards to our present perceptions, you couldn't imagine anything more powerful. There is simply no true power to be had from controlling and manipulating energy though. The reason for this is that you have to keep drawing energy in to keep up the level of energy, otherwise the energy level drop. This is very unstable way to use (abuse) energy. When working with and in unison and harmony with energy as a whole, one doesn't need to keep the levels up by drawing in more and more energy. There are simply no levels to maintain as you become the energy you are expressing in motion. Imagine not expelling or using up energy while of and in motion!! I do believe certain martial artists are or have been of this state.

What you need to do is imagine not separating energy or consciousness. Imagine all energy or consciousness working in unison and in harmony. Now imagine that we are not alone in the universe, that other far more aware entities exist than ourselves. Now imagine that we are at one with this energy, there is no separation of human consciousness from alien consciousness. This, I believe through my own experiences and other people's experiences, is occurring.
It is understandable that a mind conditioned to three dimensional aspects and spheres, will deny the existence of aliens or anything that can't be explained by a Westernised three dimensionally controlled mind. However, it's the Eastern mind in all of us that comprehends beyond three dimensional aspects and spheres, and the existence of any other entities far more aware and consciously advanced that our own. I believe Hinduism is a prime example of this. Awareness and advancements in consciousness are defined in how we use energy. Is it really wise to use up and abuse energy like we are doing? We can influence our environment in huge ways if we were only aware in how to use energy as a whole.

If the following video is of a true event or not has no bearing on the way we use energy. Going by my own experiences and knowledge of energy, it is very possible that our environment can be influenced to behave in a certain way. My advice is to stay away from trying to control and manipulate energy. Learn to work in unison and in harmony with energy is my best advice.
https://www.facebook.com/PhotographyWorldPage/videos/pcb.1781462331890058/292903381484809/?type=3

It's a good thing that a lot of quantum physicists don't limit their mind to Dark Age perceptions and perspectives like this. The science of tomorrow will have evolved further as it has always done, beyond the present Dark Age mentality, beyond third dimensional aspects and spheres. Of course like in the Religious Dark Ages, you will have your devout followers who will fight evolution to the bitter end, sticking to their Dark Age doctrines/concepts.

It is obvious to people like me we need to evolve from the present Dark Age mentality. Of course if a mind has not experienced this kind of occurrence itself, especially a Western mind limited to three dimensional aspects and spheres, denial is always going to exist within such a mind.

There is a difference in how the Western and Eastern mind works in all of us.

Posted by Mathew Naismith at 10:33 No comments: