What is What and Faith 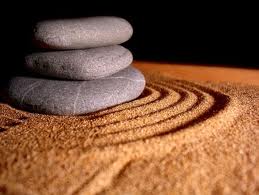 In realities influenced by time, it seems to matter what is what, what are we doing here, what is our purpose, what is the difference and so forth. Any consciousness influenced by timelessness however has a different perspective, this is usually called blind faith, for example, a consciousness that believes in a creative consciousness or God or an infinite source of creation/awareness/wisdom, naturally has a different perspective to other conscious forms that don't have an expression of faith. The reason for this lies with faith itself, considering that the faith in anything infinite, naturally defuses numerous questions thus helping in quieting our minds.

Having faith in anything within time, is a big ask considering that purely time based perception are unable to perceive beyond finite perceptions, this of course is due to their conditioning to time. Faith however takes us out of time based perceptions and perspectives thus lessening the continuous questions of what is what, in turn, quieting our minds.

In relation to time, certain quantum physics theories state that realities and time are possibly an illusion for various reasons as the video below explains. To me, their not just illusions and that is that, this sounds like a perception base purely on time because perceptions influenced by time usually set up boundaries and rules, what boundaries and rules are there in timelessness? There are none because to have limitation is of the finite, not the infinite.

Perceiving from a state influenced by time to a timeless state, gives us the perception that time is an illusion, this of course is also stating that hate and love are an illusion as well. However, when you perceive from a timeless state to state of time, your perception is quite different. The reason for this is obvious, there are no limitations, once a consciousness is no longer only influenced by time, the limited question of what is what becomes obsolete as this kind of questioning and querying has limitations.

As of always in time, what has evolved from what? This kind of querying is of course perceived on the perception that time exists and that there is always a starting and ending point of origin. This perception of course denotes a perception influenced by limitations therefore time. In recent days, I had a theory that denotes that consciousness and thought was created from awareness, the following is my response to this.

Because we are conditioned to time, we perceive everything has to have a starting point of origin but it doesn't, yes, in time it does, this is the illusion, but not when we consider timelessness as well.

In time, consciousness and thought can be perceived as coming from awareness, however in timelessness, this is another matter. there are no boundaries therefore their are no rules to what should come before or be created by what....

I should also state that most human isms and ideologies are time based or influenced in some way by time.

To me, it's important to have faith as faith is of the infinite self, it has no fixated limitations, on the other hand disbelief has numerous fixated limitations. We do indeed have a choice in what perceptions we live by..........
Posted by Mathew Naismith at 08:58 No comments:

Email ThisBlogThis!Share to TwitterShare to FacebookShare to Pinterest
Labels: Faith, limitations, perceptions, what i what
Older Posts Home
Subscribe to: Posts (Atom)