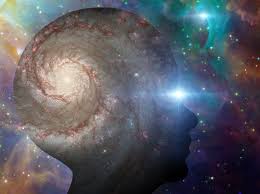 Imagine for a moment that all physical life is but a reflection of a non-physical entity. Now imagine that Gaia or the physical universe as a whole is but a tiny reflection of a non-physical source of creation. Sounds silly doesn't it!! Where does all of what man creates come from? Yes, a physical brain but of thought or consciousness that is not physical until put into motion physically. Now imagine a consciousness that isn't limited to a physical brain or to three dimensional aspects and spheres.

The Western mind often thinks that I am separating the Eastern and Western mind, the Eastern mind in all of us doesn't think like this. The Eastern mind thinks of two spheres of the same mind or consciousness expressed in different ways, there is no true separation, only a difference in motion. Just because man has perceived his separation from the rest of his natural environment, doesn't mean man is a separate entity to the rest of the natural environment. Man is at present simply of a different motion or expression of the whole. It is understandable why man is at present so destructive to his natural environment, he has simply perceived a separation from the whole, from the source of everything.

To me, all physical entities are seen as a life form and are all a part and connected to the same source of energy. It does not matter if it's physical or non-physical; it's all a part of the same source of energy. To people like me it matters not what you call this source, an awareness or acknowledgment is all that is needed. Note; a true sense of awareness, without bias, naturally and automatically creates a sense of wisdom within a consciousness.

All I can do is smile, while remembering my wife's actions this morning, my wife apologised to an ant for nearly stepping on it. To the Western mind this is a sign of lunacy, to the Eastern mind it's simply a sign of oneness and connectedness to our environment, one could not be saner. We do kill ants when they infringe on our space, it's the way it is of our present environment/reality. A balance between you and the environment, as a whole, needs to be implemented and sustained as much as possible, otherwise we create a reality we are presently experiencing.

Extract: This has profound consequences. It would mean that consciousness is spread throughout space like a cosmic web of experience. Of course awareness is greatest where there is significant information integration, but in essence, “mind” (or “psyche”) is everywhere. IIT turns out to be a modern twist on an ancient philosophical view known as “panpsychism”. But before you go dismissing the concept because of its name, you should know that intellectual heavy hitters such as Baruch Spinoza, Gottfried Leibniz, and William James are all considered panpsychists. Its central tenant is that all matter has a mental aspect, which makes consciousness universal.

Posted by Mathew Naismith at 10:21 No comments: 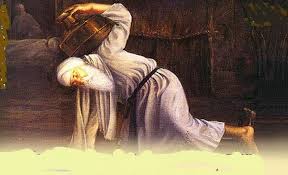 So does this mean a consciousness not of motion is dead as opposed to living?

In true state of observation therefore motionlessness/timelessness, nothing is in opposition as there are no perceptions of opposites. In this state everything is as one, for only in time is there starting and ending points therefore opposing forces like birth and death, light and dark, high and low, etc. Does consciousness actually go into a state of death from a state of life after our demise? Time, therefore motion and participation, tells us it does but timelessness, therefore motionlessness and observation, tells us something quite different. If you perceive that a major shift in energy flows from one state to another, like from birth to death, is a state where consciousness dies, a complete state of death is perceived. However, when we truly observe without participation, no true form of separation of one state to another has occurred. In a state of observation there are no perceptions, there is only awareness void of any separation therefore motion what so ever.

It's really advisable not to perceive that a non-living consciousness is dead or represents the death of a consciousness. Within this state you actually become more alive as you become more aware. Yes, there is a connection with being aware and life. How aware is an insect to life, to its own existence, than man? Man is more aware of life than an insect, however, how many people are aware of an existence of consciousness after death? It's as though we are only half alive when not of the awareness of consciousness's existence after our so-called death. We are basically living in participation wile excluding observation, a separation of participation and observation. What occurs when we become more observant? We become more aware even in our present state!!

Living consciousness actually refers to both motions and motionlessness, time and timelessness, participation and observation, etc, void of separation of one to the other.

A good way to practice in observation is to go on an internet forum and simply observe without judgment. It's a lot better if you observe what you perceive to be negative in some way; this can include anything that questions your own personal and professional beliefs/concepts to anyone's actions that disgusts you. Condition your consciousness to wholly observe at first and when you feel comfortable in observation, interact/participate with other people. Note, when in participation, avoid any participation with anyone who is obvious within their aggression towards you at first. You will soon be able to participate with people who are obvious within their aggression latter on. It's actually advisable to do this, only when comfortable to do so, as this will condition you to then observe your own participation under duress or strain. Yes, you will have to still block some people. I don't ignore people while in participation; I see this as being rude and disrespectful so I block certain people instead but only after a certain amount of interaction.

Extract: Throughout the work, Barnard offers “ruminations” or neo-Bergsonian responses to a series of vitally important questions such as: What does it mean to live consciously, authentically, and attuned to our inner depths? Is there a philosophically sophisticated way to claim that the survival of consciousness after physical death is not only possible but likely?

Extract: Living consciously is about taking control of your life, about thinking about your decisions rather than making them without thought, about having a life that we want rather than settling for the one that befalls us.

I don't actually conform to taking control of our life. For me, it's more about letting go of control of motions; this gives us more free will to choose how we want to live our lives while living a life in motion. You really don't have to be in control therefore controlled by motion to be of a living consciousness.......

Posted by Mathew Naismith at 07:42 No comments:

A Better Way of Living 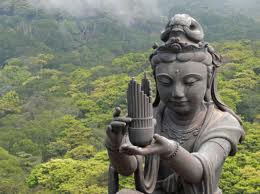 - I was left with a fully dislocated elbow since I was six years old, I am now 51, whoops 52, years old and I don't take pain killers. I have also, through my life, taken on jobs that able people thought too hard to do.

- My mother recently passed away under dubious circumstances, this hit me quite hard, no one deserves to be abused in my mind, even the abusers. This didn't hit me as hard as it could have because I feel and know that my mother is living more of a life than ever.

The point is, because of my beliefs and faiths, life wasn't as hard as it could have been.

Think on this, if I labelled and measured every point and circumstance in my life, could I have accomplished the outlook I have today? Absolutely not as each label and measurement of our lives only creates and further adds to misery, in actuality, what misery. If I was to measure what level of misery I went through, would I still have the outlook I have today? The answer to this question is obvious.

In all, it's wise to desist in using labels, scales and levels as much as possible, in my mind anyway.