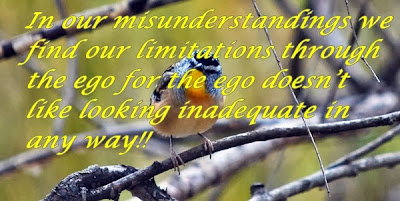 I inserted my post titled Wise Man Wise on a spiritual site however it wasn’t well understood by most people & because it wasn’t understood some people picked the eyes out of it. The following will hopefully explain this story a little better.

Hi Mathew
Your story went over my head and I 'glazed over' by the time I finished, I like to keep things simple, this was too complicated for me to grasp, could you put the lesson/teaching into another story for my simple mind to get.
L n L
P

G'day angelman
Sorry for that, I'm not a writer by no means, actually this is the only story I've ever written except from school days so I don't think I  can rewrite the story however I will explain it better.

The story was written from an insight I awoke with one morning, I thought I did a good job in writing this up as a story & of course so did others that could obviously see through their limitations.