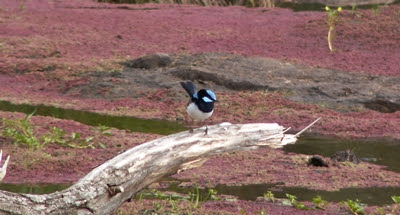 Think of yourself as being the only being/entity & thing in existence, what do we have in other words what are we aware of?  We are knowing of our knowing & we know we exist but are we actually aware as in knowing past of what we just know?   When you think about this or have allowed yourself to become aware of what it was like when there was only the creative consciousness what did you feel because we all know? In actual fact because there are no comparisons you can only feel aware of your knowing not be aware of your knowing & that is what everything is, just knowing & not being at this conscious stage.

To be the knowing instead of just knowing of you’re knowing one needs to have comparisons of oneself & what do comparisons denote?  Judgment which is of the ego however as I have stipulated in previous posts there is judgment & judgemental & there is ego & egotistical, what we are talking about here is of judgment & ego which can be very positive.  What better way to learn about oneself than to create various souls with different journeys to enact out.  Don’t get me wrong here as it seems like I’m saying being judgmental & egotistical are just negative but they aren’t as explained in previous posts but more likely they are than not.

Being the only existing thing in your world, because there can’t be any other world as there is nothing in existence other than yourself to  compare too, you can only know so much of yourself however once we have comparisons/judgment we become more aware of ourselves.  Judgment & the ego have had a bad rap for some time now & of course to give judgment & the ego a bad rap we needed to judge them so in the first place, we have judged them & labelled them under negativity which seems slightly hypocritical to me.

Now let’s take a look at ourselves, would have man evolved if he didn’t have comparisons & judgment? To answer this, let’s say we are the only living thing on this planet however unlike the creative consciousness (God) at first we have comparisons within our environment because we know we are different from a tree or a rock & what human trait gave us this comparison? Judgment, without judgment we just couldn’t evolve being the only living thing however even with these other comparisons we could only evolve so far plus of course when die that would be the end of it.  What it took for us to evolve & become aware of ourselves is others simular to us for without this comparison man wouldn’t have evolved, no comparison no awareness. In actual fact we have each other & judgment/ego to thank for our awareness & the more diverse we are to each other the more aware we are becoming collectively & individually.

We have judged judgmental & egotistical people & labelled them as negative but without them we would be far less aware of ourselves so in actual fact they are very positive attributes  to our awareness as a whole also the creative consciousness wouldn’t be as aware of itself either if it wasn’t for diversity & comparisons to judge ourselves by. It is impossible for anyone to be totally non-judgmental otherwise they wouldn’t & couldn’t become aware in the first place. To become spiritually aware we judge & compare not just everyone to us but our different feelings we get while becoming aware, how would we know one feeling from another unless we judged them differently for example how would we know love from hate if we didn’t judge them so?   It’s obvious we judge while becoming spiritually aware but at the same time judge them as negatives when in fact they are positive.

Once we are connected to a certain point to our inner self judgment & the ego become less appropriate automatically because we no longer need them to become aware & the more connected we become the less we need these human traits. What some people are doing is telling everybody to rid themselves of these so called negatives straight up & by doing so cause more conflicts than necessary by teaching them to judged judgment as a negative, be positive & use all the tools we have at hand, don’t discard any tool that we can use positively as in this lies a hard road ahead.
Posted by Mathew Naismith at 09:18 No comments: